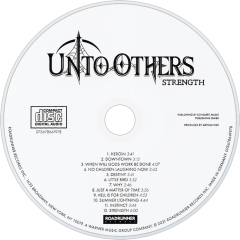 Strength is the second album by Gothic Rock/Heavy Metal band Unto Others, released September 24th on Roadrunner Records.

Strength was produced and mixed by Arthur Rizk, and recorded between June 2020 and April 2021 at Redwood Studio in Philadelphia, PA and Falcon Studios in Portland, OR. It marks Unto Others’ debut album on Roadrunner Records and the follow-up to their critically acclaimed 2019 LP “Mana”, which was released under their former name Idle Hands.