In Becoming a Ghost 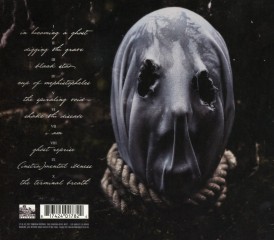 In Becoming a Ghost is the fourth studio album by The Faceless. It was released on December 1, 2017 through Sumerian Records. It is the only album with Abigail Williams' Ken Sorceron on vocals, The Zenith Passage's Justin McKinney on guitar and Chason Westmoreland, formerly of Hate Eternal, session drumming. The album debuted at #66 on the Billboard Top Current Albums chart.
Michael Keene tracked the bass on the entire album by himself. This is also the first The Faceless LP to feature songs recorded with Drop A tuning using seven string guitars as well as E standard tuning on 6 string guitars. It is their first full-length release in five years, the last being 2012's Autotheism.