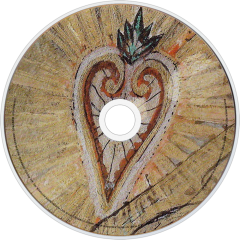 Fortitude is the seventh studio album from the French metal band Gojira. The album was released on 30 April 2021 through Roadrunner Records. The album was recorded at the band's studio in New York City, and was produced by Joe Duplantier and mixed by Andy Wallace.

On Fortitude, Gojira took a different lyrical approach than the one explored on their previous album, Magma. The latter was heavily influenced by the death of Joe and Mario Duplantier's mother and had "a lot of pain and grief attached to it", Joe Duplantier said. This time, the band "had the desire to fill the album with more joy, even if it doesn't come across as joyful music".

"Amazonia", which talks about the deforestation of the Amazon rainforest (specially the 2019 Amazon rainforest wildfires), was released as part of a month-long fundraiser for a Brazilian indigenous rights charity curated by Gojira.