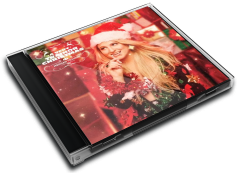 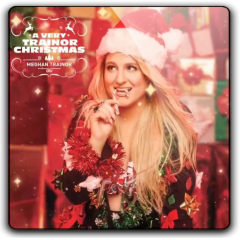 A Very Trainor Christmas is the fourth major-label studio album, and debut Christmas album, by American singer-songwriter Meghan Trainor, released on October 30, 2020, by Epic Records and her own label, Honest OG Recordings. The album contains cover versions of Christmas standards, such as "It's Beginning to Look a Lot Like Christmas" (1951) and "Last Christmas" (1984), as well as six original recordings. Trainor worked with producers including her brother Justin Trainor and Asa Welch, and co-wrote songs with the former and her other brother Ryan, among others, to create the album. Artists who are featured on A Very Trainor Christmas include Earth, Wind & Fire, Seth MacFarlane, Trainor's cousins Jayden, Jenna & Marcus Toney, and father Gary Trainor. A Target edition of the album includes a cover version of "A Holly Jolly Christmas" (1964) and the original song "I'll Be Home", which first appeared on the Epic EP I'll Be Home for Christmas (2014).

In January 2020, shortly before the release of Trainor's third major-label studio album Treat Myself (2020), Billboard announced that she had started writing original Christmas songs, planning to release them later in the year. In a June 2020 interview, Trainor stated that she had been "trying to finish Christmas album", further confirming the project. On September 9, 2020, she officially announced the album title as A Very Trainor Christmas on her social media accounts, along with the release date and artwork, which features her biting a candy cane while dressed in a Christmas hat and a tinsel and bows-adorned dress. A trailer for the album was released the following day, consisting of home footage of Trainor and her family. On October 7, 2020, she released the original song "My Kind of Present", accompanied by a cover version of "Last Christmas" (1984). A Very Trainor Christmas was released on October 30.

Composition
Trainor's entire family participated in the creation of A Very Trainor Christmas, as songwriters, background vocalists, producers, and instrumentalists. Her cousins Jayden, Jenna & Marcus Toney, and father Gary Trainor, appear as featured artists, while her brother Justin took part in production and songwriting, and Ryan in the latter. Regarding this decision, Trainor stated that she is "a Christmas baby", and had always dreamed of "releas a Christmas Album and to do it with family it that much better". Earth, Wind & Fire and Seth MacFarlane were chosen as collaborators due to them being her family's "all-time-favorites", Trainor stated that they "worship the ground they walk on – so to get them to feature on this album still doesn't feel real. Best Christmas Present Ever!"