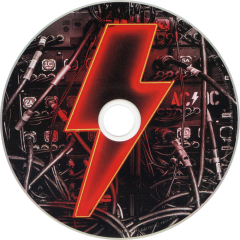 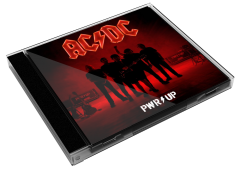 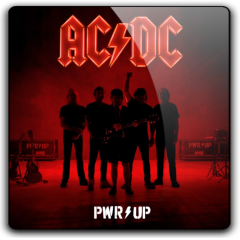 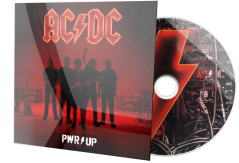 Power Up (sometimes shortened as PWR/UP and stylised as PWRϟUP such as on the front cover) is the seventeenth studio album by Australian rock band AC/DC, released on 13 November 2020. It is their sixteenth internationally released studio album and the seventeenth to be released in Australia. Power Up marks the return of vocalist Brian Johnson, drummer Phil Rudd and bassist Cliff Williams, all of whom left AC/DC before, during, or after the supporting tour for their previous album Rock or Bust (2014). This is also the band's first album since the death of co-founder and rhythm guitarist Malcolm Young in 2017 and it serves as a tribute to him, according to his brother Angus.

Background
Following the 2014 album Rock or Bust, the group embarked on a seventeen-month world tour. Prior to the tour, drummer Phil Rudd was charged with attempting to procure murder, threatening to kill, possession of methamphetamine, and possession of cannabis. For the tour, Rudd was replaced by Chris Slade who had also previously played with AC/DC on their 1990 album The Razors Edge, several years after Rudd first left the band. Mentions of Rudd were also scrubbed from the band's website as well. By 2016, lead singer Brian Johnson had started to suffer hearing loss, which he attributed not to 36 years of touring, but to his love of racecars. This caused the final ten dates of the Rock or Bust tour to be rescheduled. Ultimately, he was replaced with Guns N' Roses vocalist Axl Rose for the remaining dates. On 8 July, 2016, bassist Cliff Williams announced that he would be retiring from the band once the tour was finished, citing health issues as reasons for retiring, and calling AC/DC a "changed animal".

Two years later, rumours began circulating that AC/DC were working on their seventeenth studio album, with Johnson, Rudd, and Williams having returned to the group. Johnson, Rudd, Angus Young and Stevie Young were photographed in August of 2018 at Warehouse Studio, a recording studio in Vancouver, British Columbia, Canada owned by fellow musician Bryan Adams, suggesting the band were working where they had recorded their three previous albums.

Later confirmed, it was also stated that the album had been recorded there over a six-week period in August and September 2018 with producer Brendan O'Brien (who also worked on 2008's Black Ice and 2014's Rock Or Bust) with some tweaking having followed in early 2019.

Every track is credited to Angus and Malcolm Young as Angus raided the AC/DC vault of unreleased songs to record the album.

In early October 2020, the band's official website published a series of photographs of several different posters displayed in different cities (from different countries) – such as Ashfield (in front of Angus Young's Ashfield Boys High School), Lille, London and Dallas – featuring the writing "PWR/UP" (stylised as PWRϟUP), leading to another speculation that it would be the title of the new album.

On 7 October 2020, after "Shot in the Dark" was released, AC/DC confirmed on their official website and social media that the album would be called Power Up and that it would be available for pre-order on CD, vinyl, cassette and a deluxe-edition box set.

The album title "Power Up" does not appear on the front cover, except as "PWR/UP" (stylised as "PWRϟUP") on the left and right amps.

Album Review
For decades, AC/DC have defended their devil-horned crown as rock’s most stubborn band. They’ve survived deaths (singer Bon Scott in 1980, guitarist Malcolm Young in 2017) and dirty deeds (drummer Phil Rudd was placed on house arrest after threatening to kill a man). Yet, they remain eternally committed to their core values: rocking out, hailing Satan, and never going within an outback mile of a ballad. Hell, their most transgressive move ever was using the bagpipes on “It’s a Long Way to the Top,” and that was in 1975. That consistency is what their fans love about them and what their critics hate most.

But nothing has ever slowed down AC/DC on their journey down the Highway to Hell. And now they’re back again with Power Up, their umpteenth album of eardrum-shredding guitar terror and odes to raising hell. It’s their best record since 1990’s The Razors Edge, and yet again, they sound the same as they always have. Frontman Brian Johnson, who had to leave their last tour due to deafness, now has a special hearing aid so he can continue to sing, and Malcolm’s nephew, Stevie Young, plays rhythm guitar. Rudd has served his time and plays as steady as ever, and even Angus Young’s schoolboy outfit still fits snugly.

Naturally, there are no real surprises here: Power Up sounds unapologetically like AC/DC, and Angus has likened the LP to a tribute to Malcolm the same way that Back in Black was a back-pew eulogy for Bon Scott. Many of the riffs, which came from Angus and Malcolm’s archive, recall their greatest hits — the sidewinding blooze of “Demon Fire” is a distant relative of “Whole Lotta Rosie”; the throbbing intro to “Witch’s Spell” harks back to “Who Made Who,” the riff on “Code Red” stutters like “Back in Black” — and Johnson’s voice still sounds like angry truck exhaust, whether he’s huffing about tearin’ up the highway on “Code Red,” snarking about “crystal balls” on “Witch’s Spell,” or prescribing sex three times a day (“or as much as you may”) as a depression cure to a woman on “Money Shot.”

Is “Systems Down,” about a furnace “about to blast,” a political metaphor? No way, it’s about a furnace that’s about to blast. Did anyone in the group blanche at the lyric, “If you reject me, I take what I want” on “Rejection”? No, because nobody has ever expected AC/DC to turn progressive. In fact, the crisply Xeroxed familiarity of the rockers’ rawness from album to album is what made them legendary, so there’s no point in intellectualizing it.

There is a small bit of introspect on the gentle (by AC/DC standards) rocker “Through the Mists of Time,” on which Johnson sings about “dark shadows on the walls.” But soon enough, he’s back yowling about “painted ladies,” and Young is whipping out another high-voltage blues solo. That’s what makes AC/DC great: No matter what they’ve gone through, they can only be themselves.