Into the Night World 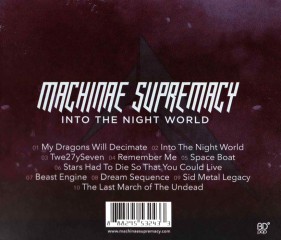 "Into the Night World" is the seventh full length studio album by the Swedish metal band Machinae Supremacy, which was released on 16 December 2016.
The penultimate track "SID Metal Legacy" is a remix of a short instrumental song originally recorded for a YouTube video celebrating the band's 15-year anniversary. The last track, "The Last March of the Undead", is the fifth and final part of the "March of the Undead" series of songs that originally started back in Robert Stjärnström's former project, Masugn.