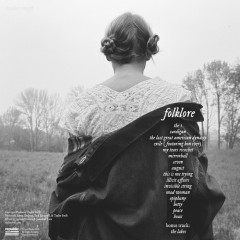 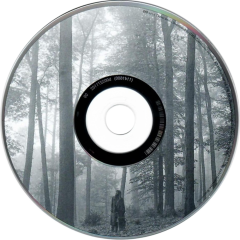 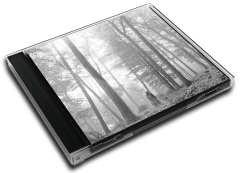 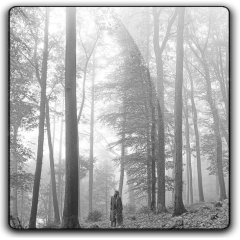 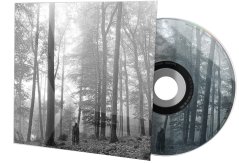 Folklore (stylized in all lowercase) is the eighth studio album by American singer-songwriter Taylor Swift. It was released on July 24, 2020, through Republic Records, exactly eleven months after Swift's seventh studio album, Lover (2019). The album was conceived in isolation during the COVID-19 pandemic, with production from Aaron Dessner, her long-time collaborator Jack Antonoff and Swift herself. Folklore is a surprise album, announced on social media hours before its release.

Background and release
Folklore was written and recorded in isolation during the COVID-19 pandemic. Swift "poured all of whims, dreams, fears, and musings into" the album, collaborating with some of her "musical heroes". Aaron Dessner, guitarist of the American indie rock band The National, was approached by Swift in late April to co-write some songs remotely. Dessner worked on eleven of the album's sixteen tracks with Swift over the next several months, while Swift wrote the remaining five songs with Jack Antonoff, William Bowery and Bon Iver. Dessner remarked that he "thought it would take a while for song ideas to come" and "had no expectations as far as what we could accomplish remotely" but was pleasantly surprised that "a few hours after sharing music, my phone lit up with a voice memo from Taylor of a fully written song—the momentum never really stopped." He commented, "There's a palpable humanity and warmth and raw emotion in these songs that I hope you'll love and take comfort in as much as I do." The album was a surprise release, announced by Swift on her social media accounts hours before its launch, on midnight of July 24, 2020. It followed her seventh studio album Lover (2019), released eleven months prior. Folklore initially came with eight one-week limited-edition deluxe CDs and vinyls, all of which featured different cover artworks and photo collections. During the YouTube premiere countdown to the music video for "Cardigan", Swift revealed that the album lyrics contained many of her signature Easter eggs: "One thing I did purposely on this album was put the Easter eggs in the lyrics, more than just the videos. I created character arcs and recurring themes that map out who is singing about who... For example, there's a collection of three songs I refer to as the Teenage Love Triangle. These three signs explore a love triangle from all three people's perspectives at different times in their lives". She referred to the album as "wistful and full of escapism. Sad, beautiful, tragic. Like a photo album full of imagery, and all the stories behind that imagery" and described "My Tears Ricochet"—a self-written track—as a the first song she wrote for the album and one that explores "lost romance and why young love is often fixed so permanently in our memories".

Promotion
Folklore marked the first time that Swift strayed from a traditional album rollout, opting instead to release the album suddenly because " gut is telling that if you make something you love, you should just put it out into the world". Swift first announced the album on Twitter, 16 hours prior to its digital release. An accompanying music video for the track "Cardigan", directed by Swift and produced by Jil Hardin, was released along with the album.

Album Review
This summer, Taylor Swift was meant to headline Glastonbury. In fact, she was meant to be playing a whole host of festivals and shows on an international tour as well as hosting her own two-part ‘Lover Fest’ in America, all in celebration of her sixth studio album ‘Lover’, which was released last August). The global pandemic, of course, meant these plans were scrapped, leaving Swift with bountiful spare time. No longer locked into rehearsals or jetting around the globe performing to tens of thousands, she used these hours to write.

The results of these unforeseen quarantine writing sessions have come together on Swift’s new, eighth studio album, ‘Folklore’. She’s uncharacteristically ‘done a Beyoncé‘, announcing the album less than 24 hours before it drops, a stark change to the very deliberate, calculated release schedules we’ve seen from Swift in the past. In a simple statement posted to social media, she acknowledged that she’d usually wait and release the album at the “perfect” time, but said the global situation acted as a reminder to her that “nothing is guaranteed”. These shock release tactics go hand-in-hand with a change in musical direction for Swift; ‘Folklore’ is something totally unexpected from one of the world’s biggest pop stars.

Over the course of seven albums, we’ve seen Swift evolve from a fresh-faced, teenage country crossover hopeful to sleek synth-pop chart-juggernaut. Each record has brought with it gradual changes – 2010’s ‘Speak Now’ was rockier and 2012’s ‘Red’ saw more pop-leaning production, and by the time we got to 2014’s ‘1989’ she’d cast the cowboy hat aside entirely for pure pop bangers. On album eight, Swift dives headfirst into the world of folk, alternative rock and indie.

It was written in isolation; she remotely teamed up with a handful of her musical heroes – and indie legends – including The National‘s Aaron Dessner (who worked on 11 of the 16 songs), Bon Iver‘s Justin Vernon (he makes the record’s only guest appearance on ‘Exile’) and long-time collaborator Jack Antonoff. In her pre-release statement, she claims to have worked with another ‘hero’, the mysterious William Bowery – though no known details exist about him elsewhere and fans have speculated that this is a pseudonym for her brother or boyfriend, the actor Joe Alwyn.

Whoever Bowery is, the results are unexpected, and sometimes astonishing – ‘Folklore’ feels like Swift has travelled to a metaphorical cabin in the woods – albeit one with a very strong WiFI connection – and concocted a gorgeous, relaxed record filled with modern folk songs.

Dessner’s fingerprints permeate most of ‘Folklore’. The trickling piano on ‘The 1’ and ‘Mad Woman’ are reminiscent of last year’s The National album ‘I Am Easy to Find’ and ‘The Last Great American Dynasty’ evokes the glitchy production heard on the band’s 2017 album ‘Sleep Well Beast’. These brooding instrumentals are always complemented by Swift’s distinctive vocals and ear-worm hooks, though, a reminder that this is the artist behind some of the biggest songs of the past decade. Meanwhile Bon Iver collaboration ‘Exile’ is a melancholy duet, a slow-burner that eventually erupts into a climax of glittering euphoria filled with chorused vocals and soaring strings reminiscent of Vernon’s fourth Bon Iver album, last year’s ‘i, i’.

Despite the bold new direction, there are moments of nostalgia for Swift albums gone by, too. ‘Betty’, a sweet tune about high school romance written by Swift and the enigmatic Bowery, fuses this new folk-rock sound with moments of country we’ve not heard for several albums. ‘My Tears Ricochet’ feels like a sister to the Imogen Heap co-written ‘Clean’ from ‘1989’, only this time a megawatt pop song is encased in layered vocals and twinkling music box instrumentals.

True: at 16 songs (17, if you count bonus track ‘The Lakes’) ‘Folklore’ can sometimes drag slightly. ‘Mirrorball’, a saccharine declaration of romance, lacks the bite of the rest of the album, while ‘Epiphany’ feels slightly sluggish. Yet for the most part, the elegant melodies, glittering production and, crucially, Swift’s songwriting and lyricism pull it back from the brink.

In fact, it’s Swift’s vivid storytelling that makes ‘Folklore’ such an impressive album. This facet has always been a keystone in her music, but her discography twinkles with gems in which it’s heightened (the gut-punch couplet of “you call me up again just to break me like a promise / So casually cruel in the name of being honest” on ‘Red”s ‘All Too Well’; the rich description of a gaudy wedding in the title track to ‘Speak Now’).

‘Folklore’ is infused with this sort of storytelling. Take ‘The Last Great American Dynasty’, which is a contender for the best Taylor Swift song ever written. Describing one woman’s life crumbling around her, the descriptive lyrics evoke those of ’80s singer-songwriter Mary Chapin Carpenter, or the complex tales Bob Dylan spins in his lengthy, winding verses. ‘Invisible String’, filled with an unusual turn of phrase – “Bad was the blood of the song in the cab on your first trip to LA” – is a candid glimpse inside Swift’s current relationship. And, of course, there are plenty of pithy kiss-offs perfect for your next Instagram caption, the greatest arriving when Swift whispers “And if I’m dead to you why are you at the wake?” on ‘My Tears Ricochet’.

‘Folklore’ feels fresh, forward-thinking and, most of all, honest. The glossy production she’s lent on for the past half-decade is cast aside for simpler, softer melodies and wistful instrumentation. It’s the sound of an artist who’s bored of calculated releases and wanted to try something different. Swift disappeared into the metaphorical woods while writing ‘Folklore’, and she’s emerged stronger than ever.