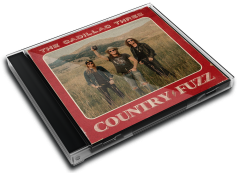 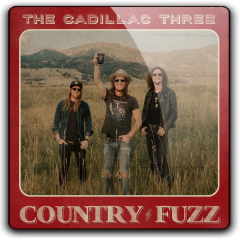 "Country Fuzz" is the fourth studio album by American country music band The Cadillac Three. It was released on February 7, 2020 through Big Machine Records.

Album Review
Country Fuzz, the latest LP from southern rocking trio The Cadillac Three proves that members Jaren Johnston, Neil Mason and Kelby Ray are more than capable of turning any given plain-Jane evening into a rip-roaring night of reckless abandon. The coolers, cups, bottles, trucks and smokes of southern life often star as the key elements to their amp-blasting efforts.
On the barn-burning “Hard Out Here for a Country Boy,” featuring ‘90s country great Travis Tritt, fellow country-rocker Chris Janson also joins in to sing “chugging that cold beer, loving that hot girl, living that slow life, in a real fast world.” It’s tough to imagine this hell-raising tune not being the theme song for the next Dixieland-flavored television reality show.
The songs work really well in the way the guys certainly intend them to. Any currently devoted fans of The Cadillac Three will rock this record with glee. This is a group that’s unapologetically hoping to rile you up, not wind you down, and to that end, they’re rather successful. There’s no doubt that parties everywhere, whether they’re held in parking lots, pastures, backyards or lake shores, would be wise to have pretty much all of Country Fuzz on their playlists.