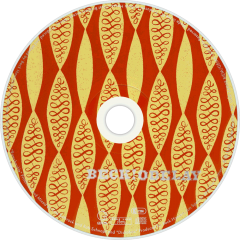 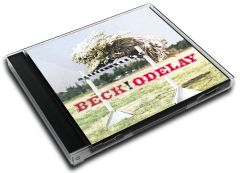 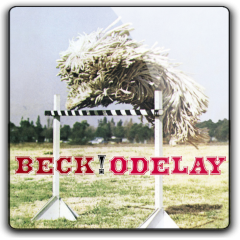 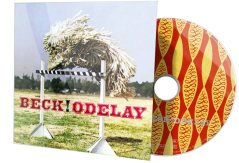 Odelay is the fifth studio album by American musician Beck, released on June 18, 1996 by DGC Records. The album featured several successful singles, including "Where It's At", "Devils Haircut", and "The New Pollution", and peaked at number sixteen on the Billboard 200. As of July 2008, the album had sold 2.3 million copies in the United States, making Odelay the most successful album from Beck to date. Since its release, the album has appeared in numerous publications' lists of the greatest of the 1990s and of all time.

Background
Musical style
The sessions for what would become Odelay originally began as a subdued, acoustic affair. In 1994, Beck started to record tracks for his follow-up to Mellow Gold with Bong Load producers Tom Rothrock and Rob Schnapf. Hansen had recently experienced a number of personal tragedies (including the death of his grandfather, Al Hansen), and the tone of the songs as well as their production were considerably somber. Only the tracks "Ramshackle", "Feather in Your Cap", and "Brother" from these sessions have been released, all of which are acoustic, sparse, and melancholic. He would eventually abandon work with Rothrock and Schnapf, opting to work with the Dust Brothers instead. The Dust Brothers' production style was hip-hop-focused yet more layered; their résumé included notable work with Beastie Boys, Tone Lōc and Young MC.

Perhaps to counter the negative events in his life, Beck attempted to continue the savant-absurdist slant of Mellow Gold (which contained the accidental smash hit "Loser") with more obviousness to create intentionally disposable pop songs on Odelay. Many of these were embraced by radio and became the hit singles from the album.

Following this recording Beck returned to the early sessions' downcast style (albeit different than that shown in One Foot In The Grave, which often was filled with gallows humor) with his 1998 follow-up, Mutations and many efforts since.

Title and artwork
The title is a phonetic English rendering of the Mexican slang interjection "órale", which translates roughly to "listen up" or "what's up?" The phrase "odelay" is repeated in the lyrics during the outro of the song "Lord Only Knows". According to Stephen Malkmus, the title is a pun on Oh Delay, since the album took very long to record. The album's cover is a photo of a Komondor, a rare Hungarian breed of dog with a heavy, corded coat. The original photo was shot by canine photographer Joan Ludwig (1914–2004) for the July 1977 issue of the American Kennel Club’s Gazette.