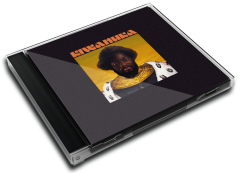 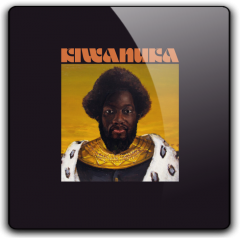 Love & Hate is the second studio album by London-based singer-songwriter Michael Kiwanuka. The album was released on 15 July 2016 by Polydor Records (UK) and Interscope Records (US).

Background
The album is the follow-up record to Kiwanuka's 2012 Mercury Prize-nominated album Home Again. The album was produced by Danger Mouse, Inflo, and Paul Butler. Love & Hate also released three singles. The first single, "Black Man in a White World" was released on 28 March 2016, and was accompanied by a video directed by Hiro Murai. The second single, "Love & Hate", was released on 7 April 2016.

Album Review
What colour is music? “I’m a black man in a white world,” sings Michael Kiwanuka on his outstanding second album, Love & Hate. His vocal floats over a handclapping blues groove that builds in intensity until it sounds like it’s going to burst, strings and horns and choirs surging with sweet melodic lines. It could be a political anthem of disenfranchisement for troubled times but its essence is an emotional mantra from a complex British musician pleading to be heard in his own right, making a stand for music that does not belong in a genre ghetto classified by skin tone.

It is surely an anomaly of these multicultural times that we still seem to think in terms of black music genres (or, as the MOBO awards put it to avoid accusations of reverse racism, Music of Black Origin), primarily soul, R&B and hip hop. In the information age, with its postmodernist blurring of lines across the all-encompassing internet, surely all pop music draws on those elements, as well as such designated “white” genres as rock, folk and electronica?

Growing up in north London, the son of immigrants, Kiwanuka was raised on Britpop. Like so many young men of the Nineties, the first songs he learnt to play on guitar were those of Oasis. Championed by Adele, his debut album, 2012’s Home Again, saw him heralded as a purveyor of classic retro soul, a compliment that was really doing him a disservice. His ambitious follow-up should put that to rights. Love & Hate places the 29-year-old Kiwanuka in the middle of a bubbling, aromatic melting pot of sound.

Michael Kiwanuka interview: ‘It’s important to have views, not to be everybody’s best friend’
The opening track, Cold Little Heart, is 10 minutes long, a choral, orchestral psychedelic rock soul melange with the scope of an Ennio Moriccone film score. Kiwanuka doesn’t even start singing until five minutes in, introducing a gently self-questioning acoustic ballad of personal torment, a lonely campfire strum suspended in space. Certainly it demonstrates an affinity with the imaginative work of some of the boldest funk artists of Seventies – the Temptations, Isaac Hayes and Curtis Mayfield. But at the core of everything Kiwanuka does are the kind of spiritually self-questioning songs that would probably have him deemed a sensitive singer-songwriter if he did not come with an Afro hairdo and Ugandan surname. There is a plaintive, fragile quality to his vocals and a sense of sweet introversion rather than demonstrative proclamation.

On the glorious Rule the World, amid a cosmic swirl of ethereal instrumentation, he calls out to be shown love because “I can’t do this on my own”. The despairing sentiment, however, is offset by an enormous backing that suggests he is not exactly flying solo. The expansive arrangements have been concocted with estimable producer Brian “Danger Mouse” Burton, who has been a creative collaborator with such diverse artists as Gorillaz, the Black Keys, Adele and U2. Kiwanuka certainly has soul, but he has a whole lot more besides. This is an album that sounds like a world of music in itself.