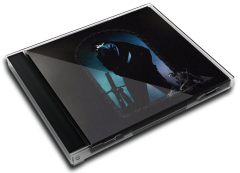 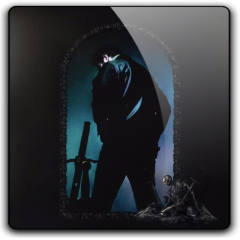 Hollywood's Bleeding was supported by three singles: "Wow", "Goodbyes", and "Circles", with "Wow" and "Goodbyes" peaking at number two and three on the US Billboard Hot 100, respectively. The album also includes the Billboard Hot 100 number one single, "Sunflower", a collaboration with American singer Swae Lee.

Background
On June 5, 2018, only six weeks after the release of his second studio album Beerbongs & Bentleys, it was reported that Malone was working on his third studio album. That November, Malone stated that he was "trying to put out a new body of work" before the end of the year, but only released the single "Wow" in that time. On July 28, 2019, Malone shared that he had finished recording his upcoming third studio album, self-describing it as "pretty goddamn out of sight".

Album Review
At times he sounds like Julian Casablancas. At others he sounds like '70s FM radio. This accomplished and eclectic record, though, could only come from Post Malone

Despite the fact that he’s cursed (no, really – when he touched the Dybbuk box, the world’s most haunted object, a run of bad luck, including his house being robbed, ensued), Austin Richard Post has had a stratospherically successful few years. All 18 songs from his second album ‘Beerbongs and Bentleys’ charted in the US. He’s smashed streaming records. And he’s been nominated for a Grammy.

With his scraggly-hair, scribbled-on beard and face etched with ‘Always Tired’ and ‘Stay Away’ tattoos beneath his eyes, he may cut an unlikely megastar, but Post Malone is undoubtedly one of the biggest rappers on the planet right now. Well, we say rapper. “I don’t want to be a rapper,” he said last year. “I just want to be a person that makes music.” Posty, it’s clear, doesn’t care a goddam thing about genres.

His first two albums, from 2016’s ‘Stoney’ to 2018’s aforementioned ‘Beerbongs…’, aimed to prove that point, swinging between trap and hip-hop to country and pop. Yet, even as he was dismissed as a one-hit wonder after breakout single ‘White Iverson’, he was able to prove doubters wrong, following it up with hit after hit, huge chorus after huge chorus.


In that sense, Posty is a very modern star – he’s able to skilfully cherry pick from different genres. It’s led to questions of how much he means it, man. But Post Malone is the post everything star the kids have called for, a musician made for the internet-age; a goofball chameleon instinctively skilled at understanding the ways genres can merge together. These are albums made as playlists that skip seamlessly between styles.


And never has this been truer than on ‘Hollywood’s Bleeding’. It’s a (deep breath) synth-pop-rock’n’roll-bedroom-indie-trap-hip-hop-break-up album. And he’s been really busy going through his WhatsApp contacts to ask for star turns – there are guest spots by everyone from Ozzy Osbourne and Future to SZA to Halsey, as well as writing credits for Kanye West and Father John Misty. This cavalcade of star turns only helps to add to the idea of this as a mixtape – although they sometimes upstage the main man himself.

So, yes, it’s an album of weird and wonderful combinations. Not many people would think to pair the odd couple of Travis Scott and Ozzy Osbourne on a track together but on ‘Take What You Want’ the Prince of Darkness asks, “Why don’t you take what you want from me?” as a Sabbath-like guitar shudders jaggedly in the background and Scott tells us, “I need some more reasons to live out this evening… Been sippin’ forever and just taking whatever.”

As those lines suggest, Posty seems in a bad place relationship-wise (maybe it’s that curse again?). On the opening title track, he tells a lost love, “You never took the time to get to know me / Was scared of losin’ somethin’ that we never found.” That shadow looms large over the album.

You’ll have already heard lead single ‘Circles’. “Seasons change and our love went cold / Feed the flame ’cause we can’t let it go” he sings in a yearning voice. Unlikely as it would have seemed, it sounds like Tame Impala, Washed Out and there’s even a bit of The XX about it. It’s the sound of growing up, and it’s the sound of him being at his most open. (It also starts to make sense that he’s said that Fleet Foxes are his favourite band of all time.)

So – heavy rock: tick. Bedroom indie: tick. What more is there in the jukebox? Well, there’s also the bouncy indie-rock of ‘Allergic’, where he sounds almost like Julian Casablancas as he says, “So sad but true / You’re friends with all my demons” over clicking fingers. And the synth-pop of ‘Staring at the Sun’, with the great line “Give me a chance and I will fuck up again”, adds another genre into the mix. It doesn’t all work: ‘Die for Me’ is an idea searching for a tune – though Halsey owns it with the line, “I sold 15 million copies of a break-up note”.


But the introspection makes Post more widescreen than ever before. ‘Myself’ (assisted by Father John Misty) is a sad but hopeful old-fashioned R’n’B hit that sounds like it’s playing on an FM radio from the ’70s. And the previously leaked ‘Fuck The Internet’ returns here, minus Kanye’s verse (and the profanity in the title). The lush strings and cinematic beat make it an album stand-out. with Posty getting almost political: “The world has gone to shit and we all know that / People freakin’ out, like, hit the Prozac”.

Of course we still get the absurd lyrics (on ‘Saint-Tropez’ he lets us know, “Versace boxers on my dick / Bud Light runnin’ through my piss”) and, despite the introspection, he still talks in clichés about drinking beer, popping pills, and having sex. Let’s be clear: ‘Hollywood Bleeding’ is still very much a Post Malone record, and hip hop pulses through it – especially on ‘Goodbyes’, ‘Wow’ and ‘Sunflower’. Elsewhere ‘Enemies’ is also a bop, as he dissing enemies and brags about his rise to the top: “Now your mama needs tickets to my stadium show”.

Where ‘Beerbongs & Bentleys’ was criticised for a lack of ideas, here is a record that darts off in many different directions, as though you’ve handed the keys to your Spotify account to a friend with a short attention span. As Post tries new sounds on for size, some git better than others. Sometime it feels as though he’s still trying to figure this out as he goes. But it’s when he keeps things simple and goes beyond the clichés that he feels most like himself.

Halfway through the record, on ‘I’m Gonna Be’, over a stripped-back, dreamy guitar line, he tells us, “I’m gonna be what I want / I’m gonna do what I want, when I want, when I want – yeah” It’s a simple manifesto but it’s working for Post Malone. ‘Hollywood’s Bleeding’ is a playlist made for these times. It’s going to be huge.