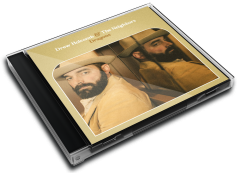 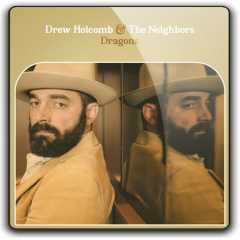 User Album Review
Over the past few years, Drew Holcomb & The Neighbors have gradually assumed the role of populist troubadours, a fan-friendly ensemble that cultivates good vibes and a catalog of unimposing tunes well suited for their accompaniment. With their decidedly agreeable new album Dragons they further that stance, offering a set of songs that mostly plough a fertile middle ground that’s neither too harsh nor too staid for soaking up mainstream acceptance. With an all-star list of collaborators and accompanists (The Lone Bellow, Lori McKenna, wife Ellie Holcomb et.al.), Holcomb and crew have taken one more step towards achieving the untarnished engagement they’ve clearly been seeking since the beginning.
Reviewed by Lee Zimmerman for glidemagazine.com.