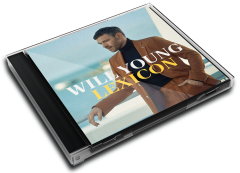 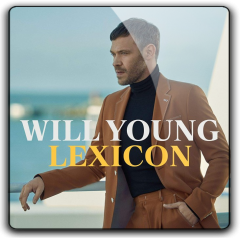 Lexicon is the seventh studio album by British singer Will Young. It was released on 21 June 2019 through Cooking Vinyl. The album's lead single "All the Songs" was released on 22 March 2019 and, with it, announced a supporting 21-date UK tour lasting throughout the month of October.

Background
The album has been said to reunite the team who executive produced his 2011 studio album Echoes. Furthermore, the album reunites him with Richard X, who produced his 2011 single "Jealousy", and Eg White, who co-wrote his 2003 single "Leave Right Now". Additionally, it is said to feature a track written by BRIT-award-winning singer-songwriter Tom Walker.

Critical reception
Lee Williscroft-Ferris of The Queerness awarded the album five stars, praising Young's vocals, Richard X's production and the album's themes: "40 years old and 18 years into a career that has withstood the waxing and waning tide of public fickleness, Will Young has succeeded in spawning a work that inescapably and admirably charts his past and present to stunning effect."