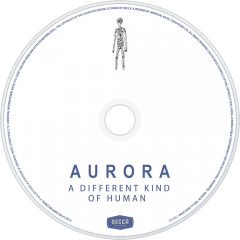 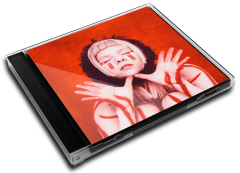 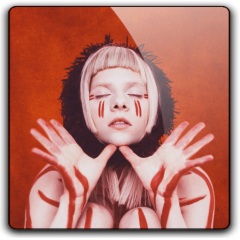 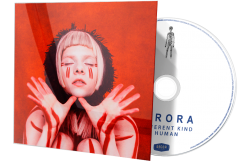 "A Different Kind of Human (Step 2)" is the second chapter of the second studio album overall of Norwegian singer-songwriter and record producer Aurora. It was released on 7 June 2019 through Decca Records and Glassnote Records. It succeeds the album's first and previous chapter Infections of a Different Kind (Step 1), which was released in September 2018.

User Album Review
This second part, the 11-song A Different Kind of Human (Step II), takes her ambitions even higher. It’s a conceptual album about the ecological crisis, and the lyrics – “When the last tree has fallen and the rivers are poisoned/ You cannot eat money, oh no” (“The Seed”) and “You’re hunting for love, killing for pleasure/ Lost in a concrete jungle” (“Animal”) – take aim at society’s self-centred, capitalistic apathy. Not that you’d know it from the jubilant electro-pop vibe.
Aurora wanted this release to be more “explosive and noisy” than anything she’d released before, and opener “The River” succeeds in that, building circling synths and ethereal vocals to a crescendo that’s pure euphoria. It’s followed by another of the album’s strongest tracks, the equally upbeat single “Animal”.
There’s a focus on tribal percussion and a multitude of vocal techniques you don’t expect on a pop album: folky vocables, angular melodies, overdubbing, a male choir. This is more enthralling on some tracks than others. The over-long cinematic “Soulless Creatures” needs visuals, while “In Bottles” takes an ingenious swerve from ominous bass, drumming and humming into a driving breakbeat and sweeping melodramatic melody that has the feel of Ray of Light-era Madonna. The rhythmic “Apple Tree” is just as compelling, all syncopated bass line, staccato vocals and cross rhythms.
A Different Kind of Human is packed with musical ideas, and it’s a whole world away from Aurora’s John Lewis hit.
Reviewed by Elisa Bray for independent.co.uk.