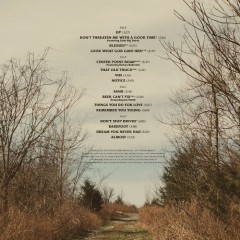 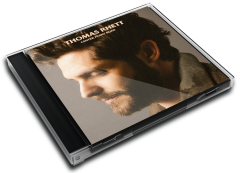 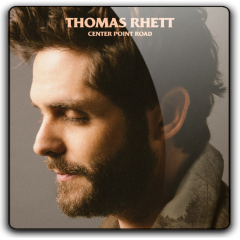 Album Review
What makes Thomas Rhett an endearing songwriter is the way he marries attention to detail with nostalgia, a gift he utilizes on his fourth studio album Center Point Road where he connects the distinct details and memories of his life to his current journey.
He begins this story with an anthem. Opening “Up” with a string of piano notes that cause one to believe it’s leading into a ballad, he turns the track on its head, transforming it into an upbeat, jazz-leaning number that speaks to how true happiness can’t be attained without enduring life’s struggles. “You can never go up if you’ve never been down,” he sings over a glowing melody comprised of a horn section and supporting choir. He stays in this feel-good vein on “Don’t Threaten Me With a Good Time” where Little Big Town lend their shining harmonies to the jazz-infused jam before Rhett is “Blessed,” a suave, R&B style love song that’s as natural a fit in a jazz bar as it is in a country dance hall.
He ends the album with the two compelling attributes that anchor his lyrics, nostalgia and appreciation, on “Almost,” chronicling the moments that nearly took him down another path, between almost quitting guitar or the women he thought he’d marry but left him with a broken heart instead, leading him to his wife. “Thank God for the almost,” he sings in the closing line, a notion fans are bound to soundly embrace, as these acts of fate are what led him to carve his defining mark on country music, one that’s become even more memorable through Center Point Road.
Reviewed by Cillea Houghton for soundslikenashville.com.