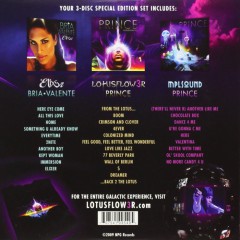 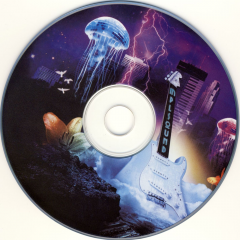 Lotusflow3r is a triple album set by American recording artist Prince and protegée Bria Valente. It contains the thirty-third and thirty-fourth studio albums by Prince, Lotusflow3r (stylized as LOtUSFLOW3R) and MPLSound (stylized as MPLSoUND), as well as Elixer, the debut studio album by Bria Valente. It was released on March 24, 2009 by NPG Records. The three albums were sold exclusively in the United States at Target as a 3-disc set, and in Europe from more online music stores.

The album debuted at #2 on the US Billboard 200 chart, selling 168,000 copies in its first week. Along with the set's other albums, Lotusflow3r received generally mixed to positive reviews from music critics.

Album Review
Let’s sum it up: Minneapolis Sound. Released as a companion album to LotusFlow3r, MPLSound actually is the better, more accomplished of the two. Faced with expectations of a collaborative, eclectic Madhouse-style album, MPLSound does not only surprise it delivers ten fold too. This is a true Prince, There’ll Never Be (Another Like Me) and Chocolate Box (featuring Q-Tip) start off an album that is strangely mainstream for what is after all, intended for the fans. Supposed to recapture the sound of Dirty Mind (The Gold Experience achieves this more convincingly, however) MPLSound is nonetheless a great attempt and an album which strikes hot from the outset. MPLSound settles into its own with Dance 4 Me, Here, No More Candy 4 U and the great Ol’ Skool Company that will have you clambering for repeat. 2001s Ur’e Gonna C Me even gets a glossier reworking, proving that perfectionist Prince really can’t put a foot wrong having since grown to like commercial music again. If it is possible to pick a best from this album CD, that is Valentina (Hey Macarena!), in fact every song is worthy of a mention, for this is Prince at his best since leaving Warner Brothers, which before MPLSound one would have dared admit. The only crime is that this was released on an exclusivity deal, which is just plain barmy for an album this solid. But that’s just it. Being a Prince fan is a journey, and after all, there never really will be another quite like Prince.