WHEN WE ALL FALL ASLEEP, WHERE DO WE GO? 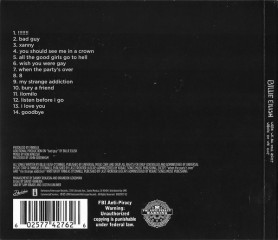 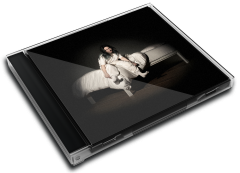 By March 21, 2019, the album had been pre-added 800,000 times on Apple Music, the most of any album to date. Following its release, the album debuted at the top of the charts of Australia, Austria, Flanders, Canada, Ireland, the Netherlands, New Zealand, Norway, Scotland, Sweden, Switzerland, the United Kingdom and the United States.

Background
On March 20, 2018, Eilish confirmed that she was working on an album and that it would be released towards the end of the year. In July 2018, during an interview with BBC Radio 1, she announced that the album is expected to be out on March 29, 2019. On January 14, 2019, it was reported that Eilish was in the process of mastering the album. On January 29, she formally announced the album's title and revealed its cover art on her Instagram. She simultaneously teased a new single, "Bury a Friend", which was released the following day along with album pre-order.

Promotion
To promote the album, Eilish will embark on the When We All Fall Asleep, World Tour, scheduled to begin on April 24, 2019.

When We All Fall Asleep, Where Do We Go? received critical acclaim reviews from music critics. At Metacritic, which assigns a weighted mean rating out of 100 to reviews from mainstream publications, the album received a score of 81, based on 18 reviews, indicating "universal acclaim".

Commercial performance
When We All Fall Asleep, Where Do We Go? debuted at number one on the US Billboard 200 with the third-largest streaming numbers for an album by a female artist, with 313,000 album-equivalent units (including 170,000 pure album sales, the second-largest sales week for an album in 2019).

In the United Kingdom, it also opened at number one on the UK Albums Chart, selling 48,000 copies, making Eilish the youngest ever solo female act to top the chart.

Album Review
Billie Eilish is young enough to make millennials feel old. At 17, she has had two-and-a-half years of being hailed as the next big thing, notching up millions of streams across YouTube and SoundCloud. Her debut album, When We All Fall Asleep, Where Do We Go?, confirms what most teenagers already know: Eilish is something special, a pop avatar of a Generation Z mood of sensitive disaffection.

Her oeuvre absorbs genres with a blithe disregard for boundaries, operating between the distant poles of goth inflected synth pop and jazzy showtunes. Hints of hip-hop, R’n’B and traditional singer-songwriter angst are sinuously laced through beautifully crafted songs, disparate elements united by an understated digital production presumably aimed at mobile consumption rather than bigger speakers. It sounds modern and old fashioned at the same time, infused with an adolescant self-absorption that is at once depressive, funny and wise beyond its years.

The Californian prodigy hails from a family of actors and musicians. Eilish’s closest collaborator, co-writer and producer is her elder brother, Finneas O’Connell, who had a recurring role in the TV series Glee and was involved in the LA band scene. At 21, he may only be four years her senior but boasts multi-instrumental skills and has clearly been a guiding hand behind Eilish’s apparently preternatural development, composing his sister’s 2016 viral debut, Ocean Eyes.

Eilish’s personality, though, is pushed to the fore, with a soft vocal style that can shift from coquettish to threatening, playfully ironic to emotionally sincere in a breath. Her close-to-the-mic singing is enhanced by layers of ethereal harmonies without swamping a sense of intimacy.

Given how up-to-the-minute it all sounds, many tracks include chord progressions and structure that wouldn’t sound out of place in a Broadway musical – albeit you would probably have older members of the audience heckling Eilish to “sing up!”

Billie Eilish
Billie Eilish
What really keeps Eilish contemporary is her lyrical sensibility, peppering tell-all tales with references to prescription drugs (Xanny) and sexual fluidity (Wish You Were Gay). All the Good Girls go to Hell dabbles in the political by positing a deity rejecting mankind, with Eilish singing the role of “God herself”: “Your cover-up is caving in / Man is such a fool, why are we saving him? / Poisoning themselves now/ Begging for our help, wow / Hills burn in California / My time to ignore ya / Don’t say I didn’t warn ya.”

It is smart stuff, laced with a vein of laugh-or-you’d-cry humour. Some of the skittishness risks becoming irritating, and parents may worry about the depressive singer’s constant references to death, which go as far as embracing suicide on the tremulously touching Listen Before I Go. But even the underlying navel-gazing sadness is redeemed by Eilish’s burning sense of purpose. There is confidence in her own uniqueness; Eilish is a genuine pop stylist.