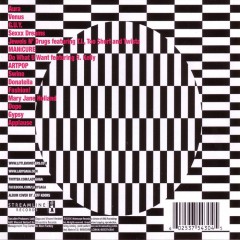 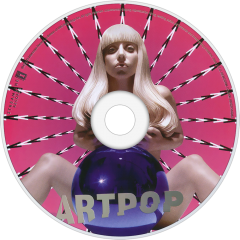 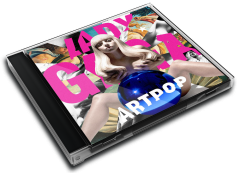 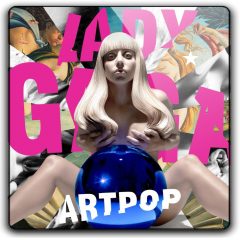 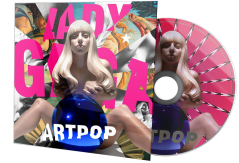 Artpop (stylized in all caps) is the third studio album recorded by American singer Lady Gaga. It was released on November 6, 2013, by Streamline and Interscope Records. Gaga began planning the project in 2011, shortly after the launch of her second effort, Born This Way. Work continued until 2013 while the singer was traveling for her Born This Way Ball tour and recovering from surgery for an injury she had sustained while touring. Gaga described Artpop as "a celebration and a poetic musical journey" and an exploration of the "reverse Warholian" phenomenon in pop culture. It displays an intentional "lack of maturity and responsibility" by comparison to the darker and anthemic nature of Born This Way. Gaga collaborated with various producers on the record, including DJ White Shadow, Zedd and Madeon. Musically, Artpop is an EDM and synth-pop album, with influences from R&B, techno, industrial, and dubstep, among other genres. The themes of the album revolve around Gaga's personal views of fame, sex and self-empowerment; references include Greek and Roman mythology. It also features guest vocals from T.I., Too Short, Twista, and R. Kelly. In 2019, as a reaction to the documentary Surviving R. Kelly, Kelly's featured song, "Do What U Want", was removed from all streaming and online versions and new vinyl and CD pressings of the album.

The release of Artpop was prefaced by a two-day album release party dubbed ArtRave. The album received generally mixed reviews from music critics, although it was included in several year-end lists by music critics and publications. It debuted at number one on the United States' Billboard 200 albums chart with first-week sales of 258,000 copies, becoming Gaga's second consecutive number one record in the country. It also topped national record charts in five additional countries and charted within the top ten in over 20. According to the International Federation of the Phonographic Industry (IFPI), Artpop was the ninth global best-selling album of 2013 with 2.3 million copies worldwide. The album sold 2.5 million units as of July 2014. Despite this, the album was considered by some as a commercial failure compared to Gaga's previous albums.

"Applause" was released as the lead single from Artpop on August 12, 2013, and was a critical and commercial success, charting within the top ten in more than 20 countries worldwide, peaking at number four on the Billboard Hot 100 chart in the United States. The second single, "Do What U Want", was made available on October 21, reaching number 13 in the US. It was followed by promotional singles "Venus" and "Dope" shortly before the album's release. "G.U.Y." was the third and last single released from the album. Gaga promoted Artpop with several television appearances and performances, including her second Thanksgiving Day special. After a short residency at Roseland Ballroom, she also embarked on her fourth headlining concert tour, ArtRave: The Artpop Ball.

User Album Review
Lady Gaga is at her peak when she’s playing the neon queen of all the world’s outcasts. And with her constant prodding, her Little Monsters have filled the biggest big tent in modern pop. But in the five years since Stefani Germanotta’s arrival, weird has become the currency that overwhelmingly fuels pop culture – from seapunk Tumblrs to American Horror Story. So for Gaga to stay on top in 2013, she has to keep cranking up the cray.

For better and for worse, Artpop meets the mandate. It’s a bizarre album of squelchy disco (plus a handful of forays into R&B) that aspires to link gallery culture and radio heaven, preferring concepts to choruses. It’s sexual but not sexy, filled with bitchy fashion designers and one-liners like “Uranus/Don’t you know my ass is famous?” and “Touch me, touch me, don’t be sweet/Love me, love me, please retweet.” Gaga wants us to believe the LP was inspired by Marina Abramović, Jeff Koons and Sandro Botticelli; at its best, it sounds like it was creatively directed by RuPaul, Dr. Ruth, and Beavis and Butt-Head.

Artpop opens with four tracks of thumping futuresex/lovesounds where Gaga vows to lay her intentions, and body, naked. She cops a drag queen’s arch humor on intergalactic journey “Venus,” examines sex and power on gothy grinder “G.U.Y” (which stands for “girl under you”), and woos a lover whose “boyfriend was away this weekend” on the slinky “Sexxx Dreams.” Yes, we can read her poker face.

But just as Artpop gets into a groove of high-tech Pop&B, her creative impulses splinter. She plays hook girl for Too $hort, Twista and T.I.’s thugged-up, self-parodic “Jewels N’ Drugs” and falls for her own cutesy wordplay on the glammy “MANiCURE.” The Rick Rubin-produced “Dope” is a turgid ballad about the slippery slopes of romance and drugs that lunges for Elton John and crash-lands near Meat Loaf.

Gaga’s previous albums – 2008’s electro-pop romp The Fame and its brilliant follow-up EP, The Fame Monster, and 2011’s inventively nostalgic Born This Way – were largely the result of partnerships with producers RedOne and Fernando Garibay. Paul “DJ White Shadow” Blair worked on most of Artpop, but there’s a pile-up of names in the credits including Zedd, Madeon, David Guetta, Infected Mushroom and Will.i.am. In the past two years, Gaga has split from her longtime stylist/choreographer and manager and canceled a world tour to recover from a serious hip injury. Could Artpop simply be a distraction obscuring the drama behind the curtain?

Ironically, Gaga redeems the LP with a pair of tracks that strip away the artifice in favor of plain sentiment: “Do What U Want,” a spectacularly growly and groovy R. Kelly duet, and “Gypsy,” an Eighties-style anthem where Gaga admits her love of performing and love of love often clash. “I don’t want to be alone forever, but I love gypsy life,” she sings without abandon. Neither track is subtle, but they work because they weren’t born from the chilly conceit that art and pop need an arranged marriage to get busy.