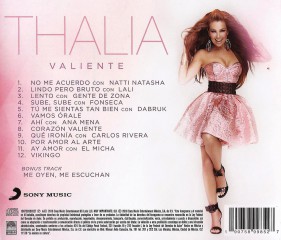 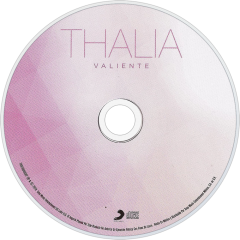 Valiente is the fourteenth studio album by Mexican recording artist Thalía, released on November 9, 2018 by Sony Music Latin. The album brings the hit single No me acuerdo, that peaked number one across Latin America. "Lento" was released as the second single, which peaked top 10 in several countries. "Lindo Pero Bruto" is the third single, the song gained attention with its music video. The song "Me Oyen, Me Escuchan" was also released as a promotional single for the "Thalia's challenge" that became viral from a Facebook live video.
Valiente became another successful album for Thalia. It was certified platinum in the US by the RIAA.