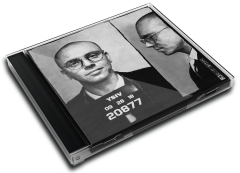 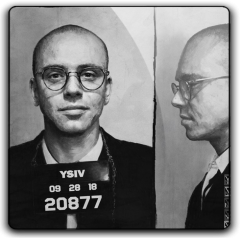 YSIV (abbreviation of Young Sinatra IV) is the fourth studio album by American rapper Logic, released on September 28, 2018, by Visionary Music Group and Def Jam Recordings. The album art, featuring a mugshot of Logic, is stylized similarly to the famous mugshot of Frank Sinatra and reminiscent of the artwork for Logic's second mixtape Young Sinatra, released in 2011. The album serves as a sequel to the mixtape Young Sinatra: Welcome to Forever, released in 2013, and is the fourth and final installment of the Young Sinatra series. The album is notable for being credited as an album in the Young Sinatra series, as the former 3 were released as mixtapes. It features guest appearances from all living members of Wu-Tang Clan, Wale, Jaden, Ryan Tedder and Hailee Steinfeld, among others.

Background
In July, August and September 2018, Logic released three singles "One Day" featuring Ryan Tedder, "The Return", and "Everybody Dies".

Release and promotion
YSIV was released on September 28, 2018. For the first single "One Day", Logic released a music video for the song. The music video caused controversy, as it sympathized with the plight of undocumented migrants in the United States. He later performed the song at the 2018 VMA Awards with collaborator Ryan Tedder, where he brought hundreds of migrant children onto the stage. Logic himself wore a shirt which read, "F**k The Wall", and the kids wore shirts reading, "We Are All Human Beings". On August 28, Logic released a video titled "YSIV Freestyle" and a social media post, finally announcing Young Sinatra IV along with its album cover. A few weeks prior to release of the album, Logic hosted an exclusive listening party with his fans, uploading a short movie about it to YouTube.

The album was released in the same week as another high-profile hip hop album, Tha Carter V by Lil Wayne.