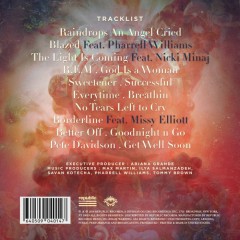 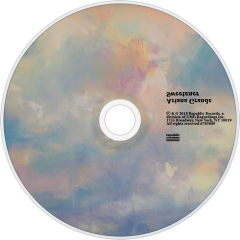 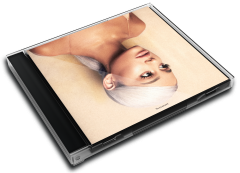 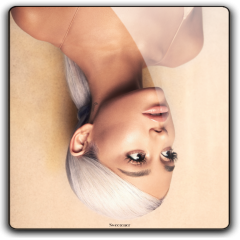 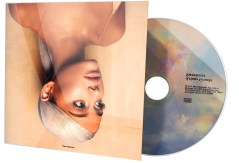 Sweetener is the fourth studio album by American singer Ariana Grande. It was released on August 17, 2018, through Republic Records. The album is the follow-up to her 2016 studio album Dangerous Woman, and features guest appearances from Pharrell Williams, Nicki Minaj and Missy Elliott.

User Album Review
The US pop singer Ariana Grande was managing the difficult transition from TV teeny-bopper to grown-up star with considerable aplomb even before news events compelled the world to look at her in a different light.

The appalling bombing at her Manchester Arena concert in May 2017 claimed 22 lives and left more than 800 people injured. Grande’s response radiated sensitivity and emotion as she led last June’s uplifting One Love Manchester concert. Yet it effectively made her a household name for something so tragic it might overshadow everything she touches.

It is perhaps unsurprising that Grande’s fourth album makes no explicit reference to these events. Glossily produced and largely co-written by pop supremos Pharrell Williams and Max Martin, this is an album of breezy, modern, hip-hop-inflected R&B pop with upbeat lyrics about love and self-care.

The title, Sweetener, should tell you whether this will be to your taste. Grande’s de facto setting throughout her career has always been sweetness personified. She looks petite and lovely, her voice is supple and soft, her songs bubble with pretty melodies and life-affirming messages. The beats-per-minute almost never move above a mid-tempo shuffle, stirring gentle grooves to get you gliding around the dance floor. You get a sugar rush just listening to her cascades of breathy harmonies. Frankly, if her music was any sweeter, you’d have to put a health warning on the sleeve.

Grande can really sing, which is a treat in this Auto-Tuned era. Her four-octave range has been compared favourably to Mariah Carey’s, but her style is far more delicate and understated. She rarely unleashes full power blasts but her delight in singing is transparent and her producers take full advantage, layering her all over the tracks.

Album Cover: Sweetener by Ariana Grande
Album Cover: Sweetener by Ariana Grande
Songs are arranged as call and response, with Grande taking both parts, multi-tracked voices flowing in gossamer light harmonies. A short interlude, named in honour of her comedian fiancé Pete Davidson, is utterly gorgeous, a sweet nothing dissolving into blissful oohs. On closing track Get Well Soon she sounds like a one-woman doo-wop combo.

With such stellar writer-producers at the controls, the quality of the songs is high, although there are moments when they might be trying too hard to demonstrate that the teen queen is all grown up now.

Dropping an f-bomb into Better Off seems gratuitous among the gentle hugging and kissing. Abrasive guest rappers Nicki Minaj and Missy Elliott sound like they dialled in clichéd verses for a pay cheque. But as modern, branded, blockbuster pop albums go, Sweetener is a delightful confection.


And that, indeed, might be the best possible response to death-cult terrorists who would like to silence all such frivolity.