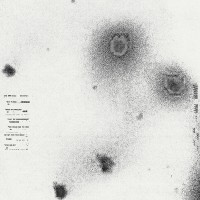 Bad Witch was first envisioned as the final installment in an EP trilogy, following 2016’s Not the Actual Events and 2017’s Add Violence. But, wary of falling into patterns of musical predictability, Trent Reznor scrapped the concept, and instead released the project as NIN’s ninth, and shortest, full album. It feels like pure experimentation—a direct rebuttal to that sameness he was worried about. It alternates between anxious beats, jarring vocals (“Ahead of Ourselves”), and intriguing ambience (“I’m Not from This World”), clearly influenced by Reznor’s masterful score compositions for films including The Social Network and Gone Girl.