And Justice for None 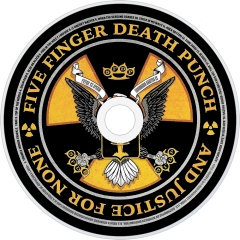 And Justice for None is the seventh studio album by American heavy metal band Five Finger Death Punch. It was released on May 18, 2018, and was preceded by two singles released in December 2017 on their first greatest hits record.

Background
The band had already completed recording of the album by December 31, 2016, however due to ongoing problems with their label Prospect Park, the album was delayed until 2018 after they reached negotiations with the label. After negotiations were reached in late 2017, they released the greatest hits compilation A Decade of Destruction and two new songs entitled "Trouble" and a cover of The Offspring song "Gone Away" recorded for the new album were included on the compilation, with "Trouble" being featured on the deluxe version of the new album, which also features a different album cover than the standard edition.