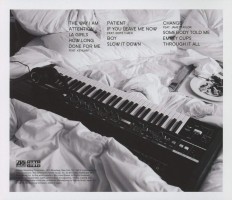 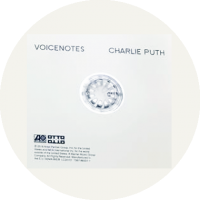 "Voicenotes" is the second studio album by American singer-songwriter Charlie Puth. The album was released by Atlantic Records on May 11, 2018. The album is entirely produced by Puth himself.

User Album Review
Simply put: this is an exceptional masterclass in music making. It’s been a long time since I’ve enjoyed an album of this sort, and it’s mainly down to the fact he’s a musician in the know; he has the knowledge and the tools to attain what he wants. The clinical and sterile practice of pop albums these days is kept to an absolute minimum here, with only subtle undertones of autotune and generic electronic trickery being sprinkled across Voicenotes. This is an LP that works with solid instrumental work, fantastic vocal work, and guest spots that are handled with an intelligible vision for his songs than just feeling shoehorned in to get more stream hits. Most importantly, it’s a pop album with a complete understanding on balance, attentive care being put into every melody and harmony, every beat and bassline – it’s all conducted to see the songs through to their fullest potential. It’s hard to imagine where Voicenotes was 5 months ago, but it’s safe to say that that extra time has worked wonders for the final product here. It offers all the hallmarks of what makes pop so fun to listen to but showcases something which is lacking in the genre at the minute: humanity. There’s a massive amount of homage to seven decades worth of pop music here: soul, funk, 80’s synthwave and R&B to name a few, and it’s this research into his peers that has resulted in Voicenotes being such a special album.
Reviewed by Simon.K for sputnikmusic.com.