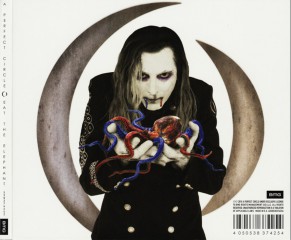 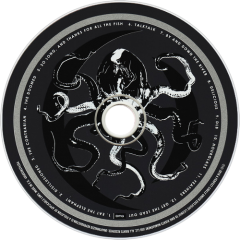 "Eat the Elephant" is the fourth studio album by American rock band A Perfect Circle. It is their first album release in fourteen years, after 2004's Emotive. The album was released on April 20, 2018 through BMG.
At Metacritic, which assigns a normalized rating out of 100 to reviews from critics, the album received an average score of 85, based on 5 reviews, indicating "Universal acclaim ".

User Album Review
It’s been 14 years since A Perfect Circle released their last record, and it finds Maynard James Keenan and Billy Howerdel seamlessly blending the past with the present. While their early work was heavily driven by orchestral rock, their latest effort Eat The Elephant shows the band balancing darkness with a more subdued sound.
Their fourth full-length finds the band exploring the heaviness of politics, culture and mortality: an evolved version of 2004’s anti-war cover LP Emotive. From the philosophical “TalkTalk” to the stirring “Hourglass,” A Perfect Circle show that they remain dynamic even when toned down.
Tackling topics like technology addiction (“Disillusioned”) and the deaths of celebrities (“So Long, and Thanks For All The Fish”), the band forges a sobering look at the world with the maturity that comes from being on a long break. Despite the changes, Eat The Elephant is a solid return for the supergroup. Like the rest of us, A Perfect Circle are stuck in the exhaustion of being sad and angry and trying to move forward one song at a time.
Reviewed by Ilana Kaplan for independent.co.uk.