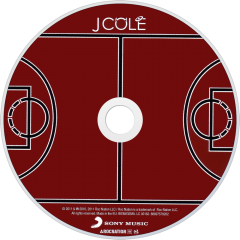 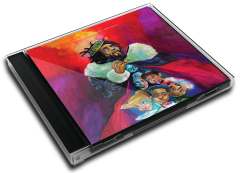 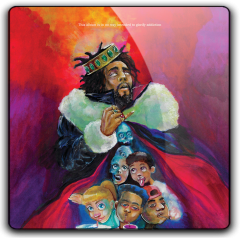 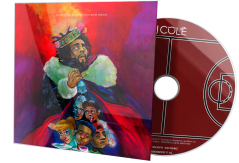 "KOD" is the fifth studio album by American rapper J. Cole. It was released on April 20, 2018 through Dreamville Records, Roc Nation and Interscope Records.

User Album Review
I think it’s pretty obvious that “KOD” has a tone to it that is different from Cole’s previous albums. The production is mellow, a bit drowsy, and very simplistic. At times, Cole does give in to the vibes of the production, harmonizing and delivering a few sentimental lines here and there. But for the most part, “KOD” is all about its message(s). Cole’s message(s) mainly revolve around the disappoint he has with a couple of bad seeds he’s either run into or seen in the urban culture today. In typical Cole fashion, he doesn’t always attack the hot topic head on in this album, at times he makes a mockery of it by using the youth’s words and actions against them by aimlessly plugging it into his raps. In the songs that he doesn’t use this approach, he goes Trump Twitter account on folks, showing little to no restraint when it comes to telling it how it is. If you ask me, mixing the two styles on this album makes for a weird concoction.
I’ll be honest with you: I miss the days when Cole simply rapped. Don’t get me wrong, a few of the songs on this album contained a version of Cole that was fiery and ready to gnaw a rapper’s head off, but for the most part, I feel like he was focused on trying to shove knowledge and wisdom down our throats as opposed to reaching his musical peak. It’s almost like Cole’s aim was to make an album that the urban media would want to punch in its face, and I’ll be the first to tell you that it crossed my mind at least 7 times today. I guess that’s a job well done, sir!
Reviewed by ratingsgamemusic.com.