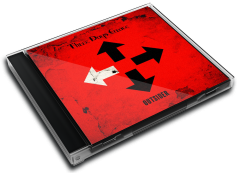 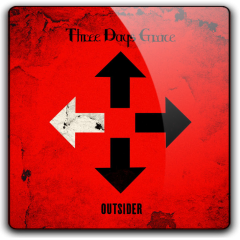 "Outsider" is the sixth studio album by Canadian rock band Three Days Grace. It was released on March 9, 2018 through RCA Records. The album was produced by two of the band's prior producers, Gavin Brown and Howard Benson but also by members of the band themselves. It is the second album to feature Matt Walst as lead vocalist.

User Album Review
Outsider, the second full-length studio album with Matt on vocals, is the product of stronger familiarity between all parties involved. Let’s face it, a new vocalist taking over for an already-established band with a very distinctive singer is no easy task. Naturally, it may result in any new music from said band making a vocalist change to fit a certain mold; after all, no one wants to completely shock their fanbase with a completely different sound. Now five years since Matt has become an official member of Three Days Grace, the situation is different; they have toured the world over, already released an album together, and now feel a new level of comfort as a cohesive unit.
Much like the band’s previous efforts, Outsider is a collaborative effort with everyone contributing something to the writing process. That in mind, it could be one of their most potent and gelling pieces of work to date. Matt’s voice sounds all his own, not trying to fit a mold of other’s expectations. Matching that fresh new confidence, Three Days Grace really deliver an exciting new collection of songs fans are going to love. So stop, think, and listen: Outsider rocks hard and also has a striking message! That is why CrypticRock gives it 5 out of 5 stars.