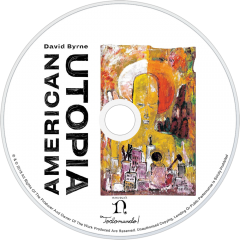 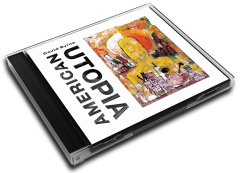 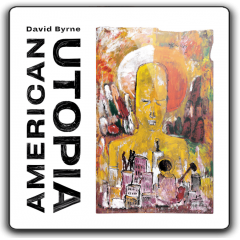 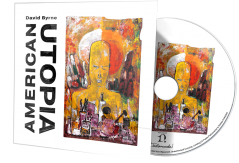 "Is this meant ironically? Is it a joke? Do I mean this seriously? In what way?" David Byrne seems to be simultaneously inviting and acknowledging some likely reactions to his 2018 album, American Utopia, in his own liner notes. At a time when America has been thrown into a state of chaos -- something Byrne witnessed and creatively reacted to as an artist during the Reagan era -- here he imagines what appears to be an alternate version of the United States and the people who live in it. (Animals, too -- a variety of critters pop up in "Every Day Is a Miracle," and "Dog's Mind" imagines how our canine friends view the world.) Not everything in Byrne's Bizarro World America is a good time, especially on "Gasoline and Dirty Sheets" and "This Is That." But much of this album portrays folks who are both dazzled and overwhelmed by the abundant possibilities presented in "It's Not Dark Up Here," "Everybody's Coming to My House," and "I Dance Like This." American Utopia began as a series of rhythm tracks created by Brian Eno, which Byrne then fashioned into songs, with a variety of other collaborators reshaping the results, including co-producers Rodaidh McDonald and Patrick Dillett and musicians Daniel Lopatin, Thomas Bartlett, and Joey Waronker. The final product is a sonic crazy quilt that's rich and evocative, by turns ominous and seductive, and the stylistic shape-shifting that dominates these tracks suits the many moods of Byrne's characters very well indeed. In concept, American Utopia bears faint resemblance to the cheerfully odd average Americans who populated Talking Heads' 1986 album True Stories (and Byrne's accompanying feature film), but this album's wit is more pointed, the tone is cooler and less secure, and the cumulative effect less joyous and a bit more puzzled about what awaits us with the next dawn. American Utopia is an album of beautiful and witty surfaces stretched over a sea of troubled waters, and if Byrne is rarely inclined to give direct answers to the questions he asks, it's obvious this isn't a joke, it's an ambitious work from an important American artist.