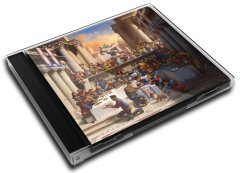 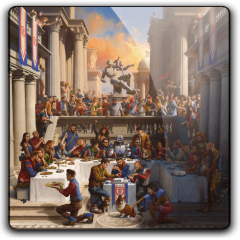 "Everybody" is the third full length studio album by American rapper Logic. It was released on May 5, 2017, by Visionary Music Group and Def Jam Recordings. It also features production from 6ix and Logic, among others.

User Album Review
Logic knows how to make 13 songs feel like watching a full-length movie. Reaching the end of Everybody gives you the same feeling of when the sun first hits your eyes after leaving the AMC. It’s the moment of stepping back into reality and dissecting everything you just saw. In this case, all you just heard.
Everybody is a deep album, and Logic’s honesty is by far one of the best traits the project offers. The truth is often ugly—history is ugly—and Logic let a lot of the skeletons in his closet step out into the sunlight. He creates a world where he can comfortably explore topics of race, mental health, suicide and various other issues prevalent in the times we live in.
I enjoyed all the guests, the production is solid, and Logic is becoming more comfortable letting more sides of himself be heard by the world. Everybody showcases another hip-hop artist unafraid to speak up.