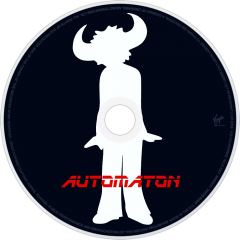 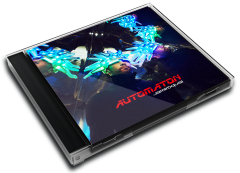 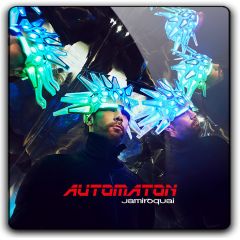 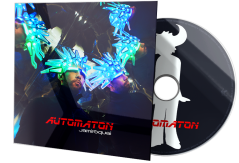 Automaton is the eighth studio album by English funk band Jamiroquai, released on 31 March 2017 through Virgin EMI. It is the band's first album in seven years, following Rock Dust Light Star (2010). It was a number-one album in Italy and peaked at number 2 in Switzerland, number 3 in France, and number 4 in the UK.

On 16 January 2017, Jamiroquai released an online short teaser video from their eighth studio album Automaton, rumored to be due for release in March 2017.

On 26 January 2017, Jamiroquai released another online short teaser video, this one revealing the twelve-track listing from their new album Automaton and its exact release date, 31 March 2017.

Jay Kay described the inspiration for Automaton: "in recognition of the rise of artificial intelligence and technology in our world today and how we as humans are beginning to forget the more pleasant, simple and eloquent things in life and in our environment including our relationship with one another as human beings".

The album had its worldwide radio premiere on 26 January 2017 at 20:00 GMT on BBC Radio 2's Jo Whiley show, which played its first single, "Automaton".

User Album Review
Jamiroquai could have been relegated to sheer '90s nostalgia, but their 12-track Automaton shows that wasn't meant to be. Known primarily for frontman Jay Kay's penchant for funky hats, unreasonable vocal comparisons to Stevie Wonder and a propensity for catchy acid jazz and "future funk" grooves, Jamiroquai are back, and the end result is worth your time.
It's been seven years since 2010's Rock Dust Light Star, and it's clear that the band haven't really lost a step. Jay Kay and keyboardist Matt Johnson handle the writing and production duties for their eighth studio endeavour — billed as an aural response to the global rise of artificial intelligence and the potential impact to humanity — and carefully balance their signature sound with today's EDM, soul and trap sounds.
Automaton is inspired, experimental and timeworn. Jay Kay and crew still have something in the tank, even if newcomers might still be left wondering what the fuss is all about.