Chained to the Rhythm 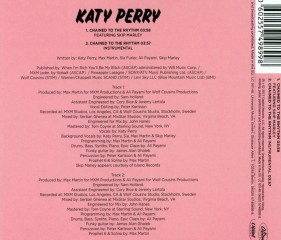 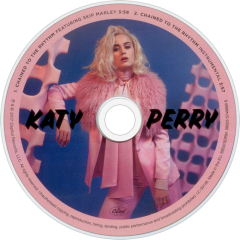 "Chained to the Rhythm" is a song by American singer Katy Perry that served as the lead single from her fifth studio album, Witness. It features vocals from Jamaican singer Skip Marley. The artists co-wrote the track with its producers Max Martin and Ali Payami, with additional writing from Sia. Capitol Records released the track on February 10, 2017, as a digital download. "Chained to the Rhythm" is a dancehall and disco song, with lyrics about societal awareness.
The track reached number one in Hungary and Latvia as well as the top 5 in Australia, Canada, France, the United Kingdom, and the United States and the top 10 in Austria, Belgium, the Czech Republic, Denmark, Finland, Germany, Ireland, Italy, the Netherlands, New Zealand, Norway, Sweden, and Switzerland.
Mathew Cullen directed the song's music video, which was released February 21, 2017. It features Perry in an amusement park called "Oblivia". It was nominated for three awards at the 2017 MTV Video Music Awards. Perry and Marley promoted the song with live performances at the 59th Annual Grammy Awards, the 2017 Brit Awards, and the 2017 iHeartRadio Music Awards.