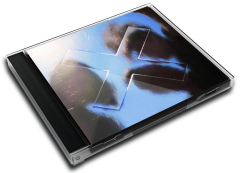 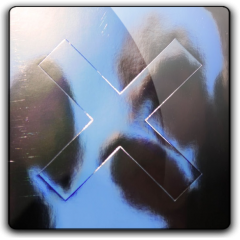 "I See You" is the third studio album by English indie pop band The xx. It was released worldwide on 13 January 2017 through the Young Turks label. It is the follow-up to their sophomore album Coexist, and is their first release in more than four years.The band has stated that the record has a more distinctive sound and a more positive, open and "expansive" concept than the previous two albums.
At Metacritic, which assigns a normalized rating out of 100 to reviews from critics, the album received an average score of 84, based on 27 reviews, indicating "Universal acclaim".

User Album Review
clashmusic wrote --- " I See You is the sudden surge forward The xx need. It’s a work of incredible balance, one that provides ample space for each member’s individual talents while reinforcing their need for this group, this union to exist" " I See You’ is perhaps the bravest album of the band’s career, the one laden with the most changes, with the most prolonged journeys into the unexpected. Yet it also feels resolutely like The xx – it’s almost as though by unhooking themselves from expectations the band have found renewal. It’s intimate and minimal, sure, but also expansive when it needs to be, switching twilight hues for something a little brighter. It’s marked by despair, for sure, but also hope; the balance of fear and possibility that abandon brings.