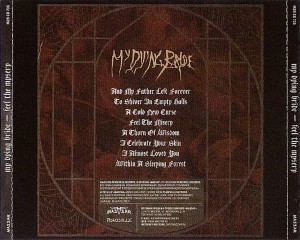 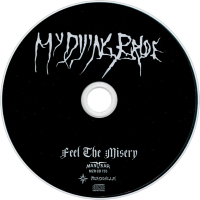 "Feel the Misery" is the twelfth studio album by British doom metal band My Dying Bride. It was released on 18 September 2015 on Peaceville Records.
The album features the return of guitarist Calvin Robertshaw, replacing Hamish Glencross.
Feel the Misery received generally positive reviews. Greg Pratt of Exclaim!, Sam Shepherd of musicOMH and Chad Bowar of Loudwire all described the album as following the band's formula. Pratt wrote that "All told, there are no big surprises here, which is great: My Dying Bride rule at what they do, and this is a very well executed, classy, and moving doom album. "