Dusk… and Her Embrace: The Original Sin 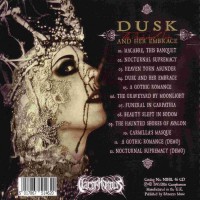 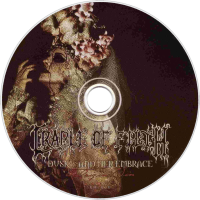 "Dusk... And Her Embrace: The Original Sin" is an album from British extreme metal band Cradle of Filth, released on CD and digital on July 8, 2016, on the Cacophonous label.
Recorded at Birmingham’s Zella Studios in the Spring of 1995, Dusk... And Her Embrace: The Original Sin saw Cradle of Filth introduce Gothic elements to their extreme sound, focusing on decadent vampyric romanticism, death and loss, and forbidden love. However soon after recording the band split, half of the band forming The Blood Divine, and the remaining members made the collective decision at the time to not release a record that was not representative of the new line-up.
Re-mastered by Scott Atkins at Ipswich’s Grindstone Studio, the record comprises of 10 studio album tracks, 2 bonus demo tracks and artwork by Drake Mefestta. Guest vocal appearances come from Cronos (Venom) and Steve Grimmett (Grim Reaper).