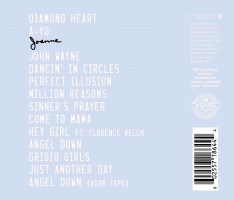 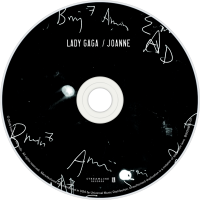 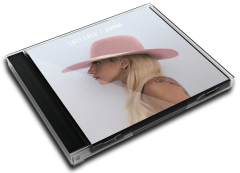 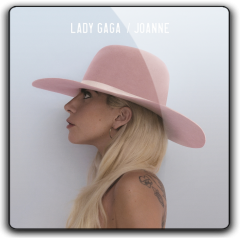 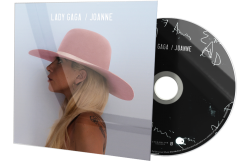 Joanne is the upcoming fifth studio album by American singer Lady Gaga. It is set to be released on October 21, 2016, by Interscope and Streamline Records. "Perfect Illusion" was released as the album's lead single on September 9, 2016, going number one in France and Spain, while reaching the top 20 in more than ten countries including Australia, the United Kingdom, and the United States.

Gaga's third studio album Artpop was released in November 2013 to mixed reviews. The album debuted atop the Billboard 200 chart, and has sold 2.5 million copies as of July 2014. Gaga embarked on the accompanying ArtRave: The Artpop Ball tour several months later, building upon concepts from her ArtRave promotional event. During the Artpop era Gaga split from longtime manager Troy Carter over "creative differences", and by June 2014, she and new manager Bobby Campbell joined Artist Nation, the artist management division of Live Nation Entertainment.

The ambivalent reception towards Artpop led Gaga's management to overhaul an image change for the singer. Along with a more subdued appearance in media, Gaga emphasized on her vocal prowess, and was critically lauded for her tribute performance to The Sound of Music at the 87th Academy Awards, singing a medley of songs from the film. She also collaborated with American jazz singer Tony Bennett on their jazz album, Cheek to Cheek, released in September 2014 to generally favorable reviews. Cheek to Cheek debuted atop the Billboard 200, becoming Gaga's third consecutive number-one record in the United States, and went on to win a Grammy Award for Best Traditional Pop Vocal Album.

Alongside her musical endeavors, Gaga also starred in the fifth season of American Horror Story, subtitled Hotel, which ran from October 2015 to January 2016 and earned her a Golden Globe Award for Best Actress. While collecting her award, the singer confirmed that she would be releasing her fifth studio album later in 2016, and was working on the logistics and aspects like the looks she would portray for the record. Throughout the majority of 2015 and 2016, Gaga teased the creative and recording processes of the album on her social media accounts. She was seen collaborating with longtime producer RedOne, as well as new collaborators like Giorgio Moroder, Mark Ronson and Rodgers, among others.

According to Gaga, she wanted "the fans to be surprised ... But I will just tell you that it's a wonderful, soul-searching experience. And it's very unlike in that way." In an interview with Billboard, producer RedOne stated that the singer was mentally in a "cleaner" state of mind, hearkening back to her earlier days, which he felt would be beneficial to their recent work together. Ronson confirmed that during their sessions Gaga was deeply involved with the technicalities of the music being recorded. "She loves just sitting at a piano and barking orders at a drummer and she has an incredible voice," he confessed, and then went on to explain their vocal-centric production process: "She's one of the great voices in pop music, so we're going to start with the songs and go from there.” The producer later said that the music recorded with Gaga was "some of my favorite music I've really ever worked on. It's incredible – I love it. I can't wait until you can hear it because the music speaks for itself – it's some of my favorite musicians of all time are working on it." Ronson also hinted the involvement of psychedelic rock band Tame Impala frontman, Kevin Parker, which BBC Music later confirmed to be true.

In the meantime, Gaga collaborated with Elton John; their sessions resulted in the writing of a song titled "Room in My Heart". Previous collaborators Fernando Garibay and DJ White Shadow have also confirmed having studio time with the singer. John elaborated, saying that, for the album, Gaga would be writing "great songs" again, in the vein of her earlier material such as "Bad Romance" (2009) and "You and I" (2011). The singer's experience working on American Horror Story has also influenced the creative process of the album, with Gaga mentioning: "I have returned to something I've believed in so much, which is the art of darkness." Being on the show also affected her vocals, in which she explained the she would "listen" more to the music and then write; afterwards adding that the album will talk less about her painful time during the Artpop era and would have more clarity; "Now I'm thinking more about what it is I want to say and what I want to leave on Earth. It's less an expression of all my pain," she concluded. During a 2015 interview with The Inquirer, Gaga said that while making her new album she had discovered a new darker side to herself, darker than what fans might expect from her:

I am finding a million new things about myself, what I want and who I want to be but most importantly, I have actually found a place to put so much pain and anguish that I have nowhere to put. You can put it in your music but that’s not always what people want from me in my music... They want a sweet, delightful, 'Just Dance' kind of girl or they want 'Bad Romance' and that's fine... I am happy to give people that but maybe with my song 'Dope' or some of the things I did on Artpop, you saw a kind of dark side, wrapped up in colors. But maybe that was not always what people want to see. They want to see the perfection... it's the imperfection that is the win.

On September 9, 2016, during her European radio circuit promoting first single "Perfect Illusion", Gaga gave some more insight into the album's contents, revealing that it will feature collaborations with Beck, Florence Welch (of Florence and the Machine), and Father John Misty. Speaking specifically about her duet with Welch during her interview with BBC Radio 1, Gaga stated, "I started to work on an idea for a song that I really wanted to do with a girl. You'll see why when you see what the song is about. I just thought, 'Who do I want to sing with?' 's really to me if not the best, one of the greatest vocalists in the world. She's incredible." Days later, she revealed in an interview with New York City radio station Z100 that the duet with Welch is titled "Hey Girl", and that her collaboration with Beck is a "great dance song" they made together after a night of leisure at her Malibu home.