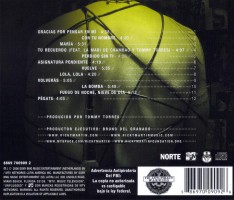 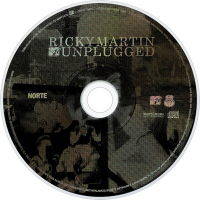 MTV Unplugged is a live album by Ricky Martin released on November 7, 2006 in CD and DVD formats by Sony BMG Norte.

MTV Unplugged was taped on August 17, 2006 in Miami. It premiered on MTV Latin America, MTV Tr3s and MTV Puerto Rico in October 2006. This album includes Puerto Rican influences, particularly "Tu Recuerdo" (based mainly on a Puerto Rican "aguinaldo jíbaro", and finishing with an "aguinaldo orocoveño") and "Pégate", a Puerto Rican plena. Christian Nieves plays the Puerto Rican cuatro on both tracks.

In the United States, MTV Unplugged debuted at number one on the Top Latin Albums and number thirty-eight on the Billboard 200, with first week sales of 29,000 copies. It has also charted inside top ten in Argentina, Spain and Mexico.

MTV Unplugged was certified 2× Platinum Latin award in the United States, Diamond in Mexico, 2× Platinum in Argentina, and Gold in Spain. In the US, it has sold over 197,000 copies.