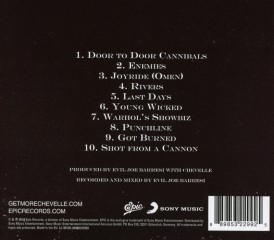 "The North Corridor" is the eighth studio album from the American rock band Chevelle, released on July 8, 2016 on the Epic label.
Critical reception to the album has been generally positive. AllMusic's Neil Yeung has described the album as Chevelle's "heaviest, darkest, and most aggressive effort in over a decade."