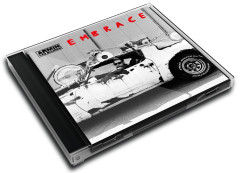 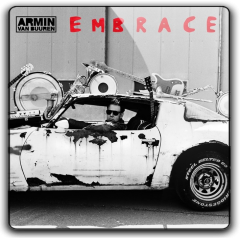 Embrace is the sixth studio album by Dutch music producer and DJ Armin van Buuren. It was released on 29 October 2015 by Armada Music. The recording was attended among others, by Cosmic Gate, Gavin DeGraw, Hardwell, Eric Vloeimans and Mr. Probz.

Explaining the name of the album, Van Buuren said: "The idea was to 'EMBRACE' several different instruments and sounds, and incorporate them into my sound.

Explaining the album cover, Anton Corbijn said: “I photographed Armin with the idea to modify the public perception of him and of what he is creating. He is such a nice guy, so I worked on giving him a bit more edge visually and created images that hold a mix of references to Sgt. Pepper and Mad Max. Playful stuff basically. Apt for a versatile DJ who adores music and travels the world.”

User Album Review
For his 6th studio album ’Embrace’, pioneering trance producer Armin Van Buuren takes a leap of faith to release an album far beyond any of his previous works. Packed with unique collaborations with the goal of ’Embracing’ different genres and styles, with artists such as: Eric Vloeimans, Cimo Fränkel, Kensington, Hardwell and Cosmic Gate.

Two years has passed since the release of Van Buuren’s last album ’Intense’, and for two years he has worked in secret on his new album. Though, Van Buuren’s trance signature-sound is still present, the legendary trance producer has clearly moved towards the more mainstream sounds of electronic dance music with ’Embrace’.

The 15 Track album showcases various styles mixed together with the outstanding sounds of Armin Van Buuren, with the most notable being the jazz inspired trumpet track ’Embrace’ together with Eric Vloeimans, which is also the title track of the album. The track kicks off with an excellent build-up combined of beautiful piano chords blending in perfectly with the trumpet solo by Vloeimans. While the drop taps into the euphoric mainstream trance sounds of Armin, which also stands out in this song more than any other track from the album. ‘Embrace’ is a track well deserving of being the title song for the album, as it manages to show the transparency of both two different genres perfectly. A truly unique track!

‘Embrace’ also contains highlighting tracks like… the chart-topping hit ‘Another You’ featuring multi-platinum rapper, songwriter and singer Mr. Probz, which was released earlier this year. Newly released single ‘Strong Ones’ together with fellow Dutchman Cimo Fränkel, which is a warm and uplifting track with great summer vibes. The vigorous electro/trance inspired festival collaboration ‘Off The Hook’ together with Hardwell. ‘Embargo’ a huge trance collaboration together with legendary Cosmic Gate, which really brings back the trance sounds of Armin Van Buuren. And perhaps one of the most well received track from the album, the vocal song titled ‘Heading Up High’ together with the Dutch rock band Kensington, a song which features superb vocals and an astonishing melody, Armin has managed to “Embrace” the rock genre perfectly in this one, adding a great harmony.

Although the album has received mixed feedback, with some fans being happier with his previous album ‘Intense’, the majority of fans have embraced the album with open arms. Unfortunately the album is rather mainstream orientated, which could make it feel slightly “unoriginal” to some…

But regardless, Armin Van Buuren has managed to break the boundaries that not many dare to cross, and has created something unique that has NEVER been done in trance history before. The Dutchman has embraced the different genres perfectly, blending his own signature-sound with new unknown ‘territories’.

A truly daring project but with an exceptional outcome!