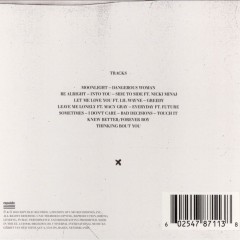 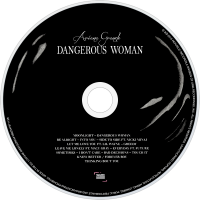 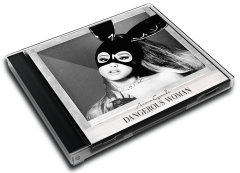 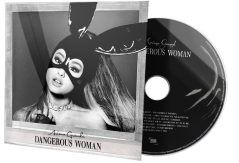 Dangerous Woman is the third studio album by American singer Ariana Grande and was released on May 20, 2016, by Republic Records.
Grande began recording songs for the album soon after the completion of her sophomore album, My Everything (2014), and continued throughout the summer and fall of 2015, between stops on her Honeymoon Tour, with her friends Tommy Brown and Victoria Monet.
The album was originally titled Moonlight. On Jimmy Kimmel Live! in January 2016 Grande revealed that she was no longer sure of the name, and that she might re-title the album after another song on the album. She announced the new title of the album, Dangerous Woman, on February 22, 2016,

User Album Review
While Ariana Grande’s second album, 2014’s My Everything, was a commercial success, it also felt like she’d lost her identity, her debut’s pristine, retro R&B lost in the pop melee. Dangerous Woman is a refinement of her sound, shifting from the low-slung groove of the title track and Moonlight’s jazzy refrain, to the throbbing electro of new single Into You and the pulsating, Future-assisted Everyday. Elsewhere, she tries her hand at disco (the lustful Greedy), 90s house (Be Alright) and even finds time to bring Macy Gray out of retirement on the dramatic Leave Me Lonely. Held together by Grande’s skyscraping voice, Dangerous Woman throws a lot at the wall and, brilliantly, most of it sticks.