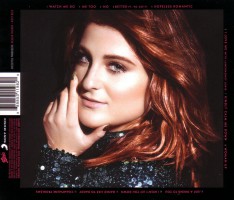 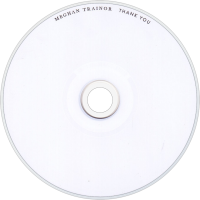 Thank You is the second major-label studio album by American singer-songwriter Meghan Trainor. The album was released exclusively on Apple Music on May 6, 2016, and is scheduled for standard commercial release on May 13, 2016, through Epic Records. Trainor will embark on The Untouchable Tour, in support of the album, starting in July 2016.

In 2015, Trainor announced that she would release her new album sometime in 2016, and confirmed some musical collaborations and several producers; including the Virgin Islands duo, Rock City. Talking about her influences for the record, Trainor said "I wanted to go big, I wanted to get all my influences in there and show everything from my caribbean side to my love for Bruno Mars and Aretha Franklin and even some Elvis vibes, anyone I grew up listening to." “It’s definitely a Meghan Trainor album, but it’s a more grown up, matured, intense Meghan Trainor,” she said in an interview with Los Angeles Times. In January 2016, in an interview with Forbes, Trainor confirmed that her first single from Thank You would be picked during the month. The album was made available for pre-order on March 4, on the same day the lead single "No" was released. The song caused the direction of the album to change, as Trainor and producer Ricky Reed started experimenting with new musical styles and produced six more tracks, replacing most of the original tracklist. In an interview with Maximum Pop!, she said that the track "I Won't Let You Down" has "a Caribbean twist" and is about "making herself proud."