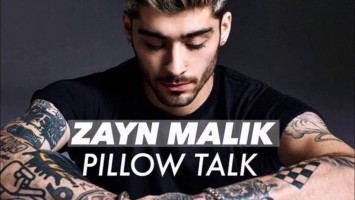 "Pillowtalk" (stylized as "PILLOWTALK") is the debut solo single by English singer and songwriter Zayn, for his debut solo studio album Mind of Mine. He co-wrote the track with Anthony Hannides, Michael Hannides, Joe Garrett, and its producer Levi Lennox. The song was released as the lead single from the album on January 29, 2016, along with its own music video, which features his then girlfriend, American model Gigi Hadid. It's Zayn's first single released after his departure from One Direction in March 2015. It debuted at number one on the UK Singles Chart and the US Billboard Hot 100, making Malik the first British artist to debut at number one in the US with a debut single.