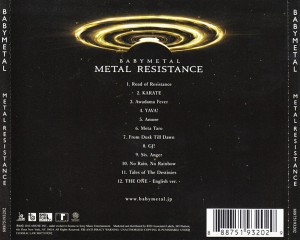 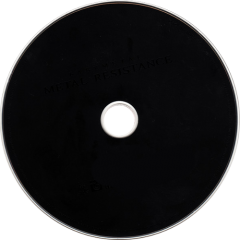 Metal Resistance (stylized in all caps) is the second studio album by Japanese heavy metal band Babymetal. It was first released on March 29, 2016, in Japan through BMD Fox Records, and on April 1, 2016, worldwide through earMusic, RED Associated Labels (RAL), and Sony Music Entertainment. Most work for the album began in 2014, shortly after the release of the band's debut album Babymetal. The members of the band describe the album as more diverse in heavy metal, with the recurring theme acquired while on tour.
Metal Resistance received generally positive reviews from music critics. The album managed to peak at number two on the Oricon Weekly Chart with first-week sales of 132,881 units, and has since been certified gold with over 230,000 copies sold in Japan.