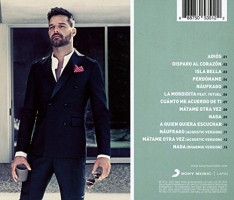 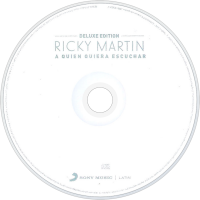 "A Quien Quiera Escuchar" (English- To Those Who Want to Listen) is the tenth studio album by Puerto Rican recording artist Ricky Martin. It was released on February 10, 2015, through Sony Music Latin.
A Quien Quiera Escuchar debuted at number 20 on the US Billboard 200 chart and sold 25,000 copies in its first week. Subsequently, it debuted at number one on the US Top Latin Albums earning Martin his sixth album to reach the top of the chart. It also debuted at number one on the US Latin Pop Albums. The album earned Martin a nomination for Best Contemporary Pop Vocal Album at the 16th Latin Grammy Awards.
The Target Deluxe Edition featured a further six Exclusive Bonus Tracks.