At Least for Now 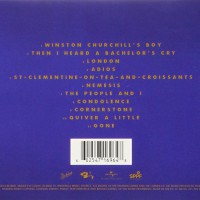 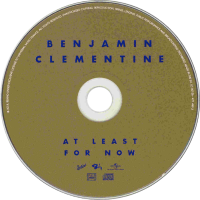 At Least for Now is the first studio album by English musician, singer, and poet Benjamin Clementine. It was recorded after Clementine gained critical acclaim with his two previous EPs. Clementine returned to London in the new year to record his album, just as his career was starting to take off. He moved to Kensington High Street with a friend he'd met in Tuscany then went back to Edmonton for a period of time until At Least for Now was completed. The album won the 2015 Mercury Music Prize.
Reviewer Calum Bradbury-Marvell described the cover, saying, "Clementine stands in a shadowy profile with a Granny Smith cupped in his right hand, as if the Magritte's Son Of Man had finally plucked the offending fruit from his face, but promptly swiveled away from the limelight." An appropriate symbol for this debut LP, during which the mythos of the Edmonton-raised Métro busker, who went from sleeping rough to impressing Macca in a barefoot Later With Jools Holland performance, dissipates only to reveal something more inscrutable: a stranger in a trench coat.