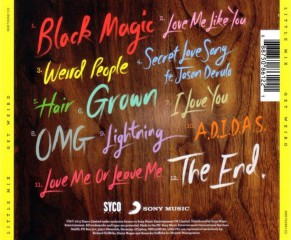 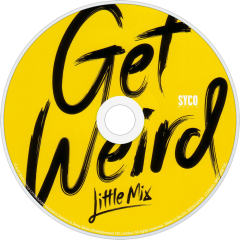 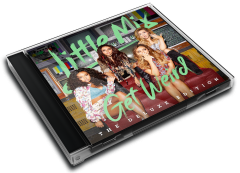 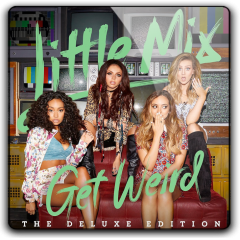 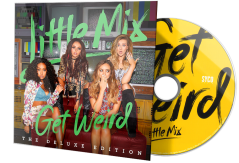 Get Weird is the third studio album by British girl group Little Mix. It was released on 6 November 2015, through Syco Music and Columbia Records. The album was preceded by the release of the singles, "Black Magic" and "Love Me like You".

Get Weird peaked at number two on the UK Albums Chart with sales of 60,053 in its first week. It also charted at number one in Ireland, number two in Australia, and in the top twenty in twelve other major charts, including Sweden, Italy, Netherlands, and the US. Little Mix now are the only girl group from the UK to have their first three albums debut in the top fifteen of the Billboard 200.

At the 2015 Brit Awards, Little Mix confirmed that their album was completed, describing it as having a "whole new sound" and projecting the release for sometime in 2015. In May 2015, having written over 100 songs for their third album, they released "Black Magic", the lead single from their third album. They also co-wrote Britney Spears and Iggy Azalea's single "Pretty Girls", which was released in May 2015. The group stated that the album had more of a pop sound than their previous album Salute, an R&B-style album, with the songs being very fun, colourful and personality driven. The girls are also very involved in their music. They write and shape their music and sound.

On 15 July 2015, the group officially announced on Twitter that their third studio album would be titled Get Weird, and would be available for pre-order the next day.