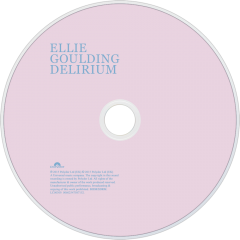 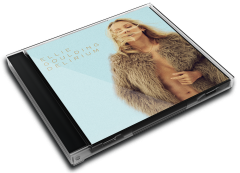 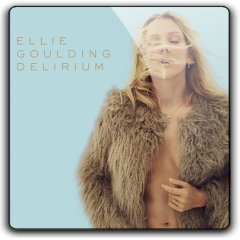 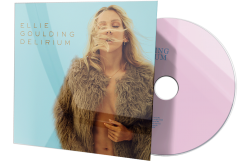 Delirium is the third studio album by English singer and songwriter Ellie Goulding, released on 6 November 2015, through Polydor Records. The album's lead single, "On My Mind", was released on 17 September 2015.
Goulding has stated that the sound of the album is more pop oriented than her previous releases. Speaking in an interview, she said: "A part of me views this album as an experiment, to make a big pop album; I made a conscious decision that I wanted it to be on another level"."On My Mind" was released as the album's lead single on 17 September 2015. The song received positive reviews and performed well commercially. "Something In The Way You Move" was released as the second single from the album on 9 October 2015. It was accompanied by a dance lyric video on Ellie Goulding's Vevo channel.
The tracks "Lost and Found", and "Army" premiered ahead of Delirium as promotional singles on 23, and 30 October 2015, respectively, and were made available for download upon pre-ordering the album through digital outlets.
The standard edition of the album includes Goulding's global hit "Love Me like You Do", which was originally released as a single from the soundtrack to the film Fifty Shades of Grey. The deluxe edition also includes Goulding's collaboration with Scottish DJ Calvin Harris, "Outside", released as a single from his 2014 album Motion. During the week before the album's release, several radio stations premiered different tracks from the album. "Don't Panic" was the first one to be premiered. It debuted at BBC Radio 2 on 31 October 2015. "Keep On Dancin" premiered at BBC Radio 1 on 2 November 2015.
Goulding's 31-date European tour in support of the album will run through from 21 January to 25 March 2016.