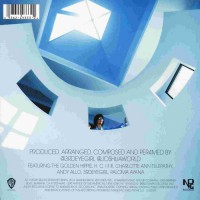 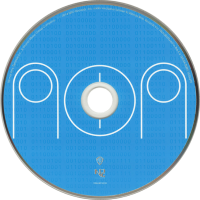 Prince returned to Warner Bros. Records in a big way in 2014, settling a 15-year feud on terms that were decidedly in his favor. He acquired the rights to his masters, agreed to a series of deluxe reissues, and released two brand-new albums, one recorded on his own and one recorded with his backing power trio 3rdEyeGirl. Art Official Age, the album credited to his lonesome, finds Prince reveling in many of the sounds of the '80s, reviving his Bob George and Camille voices, dabbling in deep electro-funk on "What It Feels Like," indulging in a full-fledged freakout on "Funknroll." Despite all these winking allusions to his past, Art Official Age feels of piece not with the Revolution but rather the New Power Generation: underneath the squalls of guitar, psychedelic soul harmonies, and impish humor, this is a full-fledged R&B album, one that often echoes Diamonds and Pearls. Like that 1991 record, Art Official Age is heavy on dance songs with rapped verses that don't feel informed by hip-hop and slow-burning soul that pulls the past into the present. Some of Prince's modernization feels a bit ham-fisted -- he turns the Internet meme "This could be us but you playing" into a slow jam -- but he leaves all his millennial flirtations at the margins of the record, grounding it in old-fashioned notions of seduction and soul. If the album doesn't offer any startling surprises along the lines of the furious "Black Sweat" -- there's not much abandon here -- there's joy in hearing Prince embrace his lyrical eccentricities as he accessorizes his smooth jams and coiled, clean funk with such oddities as laser blasts and spoken introductions from what appear to be British nurses. Such quirks may be fleeting but their presence is enough, along with such fine songs as "Breakfast Can Wait," to elevate Art Official Age above 20Ten and other pro forma latter-day Prince records.

Album Review
On first sight the inclusion on the track listing of Breakdown and 2013’s Breakfast Can Wait did little to allay trepidation that come the release of Art Official Age would be the usual fare fans had heard before and not anything exceptional. But when listening to early releases of Clouds and U Know all fears were not only dispelled but swept aside with the return of something long missed in Prince circles – that sheer joy of getting fingers onto a brand new Prince album – his first in what was a tortuously four-year wait. The fact, unlike Plectrumelectrum, that Art Official Age came completely under the radar fan focus shifted to this, his solo album. Art Official Age recalls a personal excitement not felt since that first spin of The Gold Experience back in 1995 – with that production and freshness which was felt immediately and held throughout. The opener Art Official Cage is 2014’s rekindling of Endorphinmachine and starts off the album with a burst of energy that sets the tone for the rest of the album. The listener is to behold a musical odyssey over and above Prince’s discography of his post 1995 career. It is this production that reveals to fan the album’s intent, Prince’s desire to reach a younger audience. Yet it’s the more ardent fan who would appreciate this most. Art Official Age benefits from considerable depth and is further enhanced by its freshness, which was totally unexpected from Prince considering where 20Ten left off. Prince is reborn (ref: the heartfelt Way Back Home). Issuing two albums together will invariably see comparisons drawn between the two, notably the battle of the Funknrolls (although Plectrumelectrum‘s version wins; it sits a little uncomfortably on Art Official Age) but in quality all tracks are neck and neck. The album kicks off with Art Official Cage, sweeping and shape-shifting it sets the perfect high-octane tone for what follows, that which draws just as much on the past than the future and all to sublime effect. The Gold Standard recalls Bob George. This Could Be Us evokes the haunting The Beautiful Ones. Time joins parity with If I Was Your Girlfriend and Shy. Art Official Age is a pounding soundtrack and a pleasurable listen, the highlights come with the sweeping affirmation III and the outstanding Time and the fragile Way Back Home. This scope and freshness, let’s reiterate that point, marks an almost musical rebirth. We should pray that another four years won’t need to pass for its follow up. Art Official Age is, if ironically, Prince’s best release since his last outing with Warner Brothers (having now put their differences behind them) and music industry influence. This therefore answers the speculation that Prince picked up his game for Warner Brothers and considerably so. Art Official Age marks a remarkable return to his world beating form of the 1980s.