The Best Band You Never Heard in Your Life 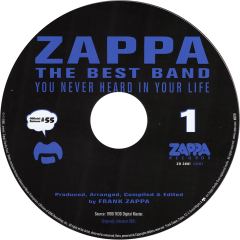 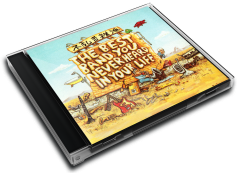 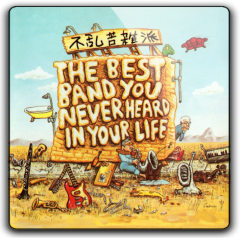 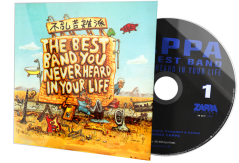 This two-CD set is the second of three albums of material Frank Zappa compiled from the 1988 tour. While Broadway the Hard Way (released in 1988) mostly presented the new songs performed during that tour, this set focuses on older songs (Make a Jazz Noise Here would contain mostly instrumental pieces). This is the best band you never heard in your life because the 12-piece group disintegrated after only four months of touring through the U.S. East Coast and Europe. These shows took place during the Jimmy Swaggart scandal, when the televangelist was caught with a prostitute. Thus, many of the songs' lyrics were rewritten to refer to this situation (the whole 1988 tour was strongly anti-preacher oriented). There are a lot of strong performances of old favorites and obscurities, all rearranged to include the horn section, and a few improbable covers. Highlights include Johnny Cash's "Ring of Fire" (hilarious), the unexpected "Who Needs the Peace Corps?," "Mr. Green Genes," and "The Eric Dolphy Memorial Barbecue," and an extended rendition of "The Torture Never Stops" that includes the theme from the TV show Bonanza and a Swaggart version of "Lonesome Cowboy Burt." To top it all off, the group performs a very entertaining reggae version of Led Zeppelin's "Stairway to Heaven." This band was incredibly talented and professional, and the selection of songs spans Zappa's entire career. In short, this is one of the man's best live albums.