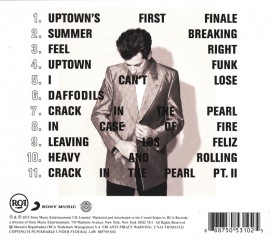 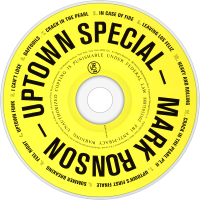 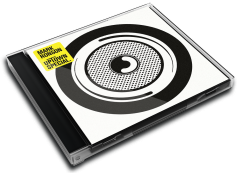 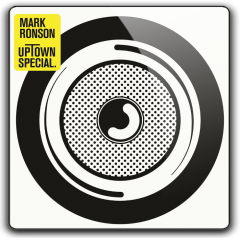 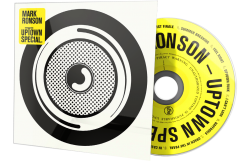 Uptown Special is the fourth studio album by English music producer Mark Ronson. The album was released on January 13, 2015 in the US and January 19, 2015 in the UK. Ronson dedicated the album to the late Amy Winehouse.

The album was his first number one on the UK Albums Chart with his previous two albums charting at number two, and reached number two in the Australian ARIA Charts and number five on the US Billboard 200.

The melody for "Uptown's First Finale" was inspired by the first set of lyrics that Michael Chabon sent to Mark Ronson. Despite Ronson loving the lyrics he kept hearing the melody as if it were being played by Stevie Wonder with his signature harmonica tone. Owing to this, Ronson decided to send a “Hail Mary” letter and the song to Wonder's manager. Despite not expecting a response, a few months later Ronson was contacted and told that Wonder had recorded the part for him. Ronson said of event "When I first heard it, it was one of the most emotional experiences I’ve ever had. I was dumbfounded, speechless, whatever word you want to use, I was all of those things. I still can’t believe somewhere in a studio in Chicago one night, Stevie Wonder actually recorded a piece of music that I wrote. I’ve listened to it a hundred times and it still messes me up when I play it".

"Summer Breaking" came out when Ronson met Jeff Bhasker in his house in Venice, LA to start working on Ronson's album. Ronson wrote the chords and melody to the song in one night that Bhasker left earlier. Ronson stated "It’s something way more complex than anything I’ve done before, I don’t really even know the names of the chords – they just sort of came out of me."

"Feel Right" backing track was recorded on a "whim", before Mark went in studio with Mystikal, in Memphis. However "it worked out to be so well suited to his vocal style". The two met in Baton Rouge with Bhasker and "" KLC, thankfully to jazz musician Trombone Shorty, who gave Mystikal's phone number to Ronson.

"Uptown Funk" had its beginning "out of a jam in Bruno’s studio in LA". While Mars was drumming, Bhasker was playing the synths and Ronson was on the bass. After they "got the basic groove", Philip Lawrence joined and they wrote the lyrics to the first verse. They finished the song in Toronto, six months later.

"I Can’t Lose" was written mostly by Bhasker, who came up with the idea of "drive through the deep south to find someone to sing it". Ronson loved the idea "of discovering a new talent" and the two ended by up hearing a "few hundred amazing singers" in churches, nightclubs, bars and community centres. However they "had a very specific vocalist in mind", who turned out to be Keyone as both of them realised as she started singing.

"Daffodils" riff and vocal idea first played in demo form and sent by Kevin Parker. The lyrics were written by Parker and Chabon in Memphis. Later Ronson, Riton and James Ford added the synths and Kirin J. Callinan "laid this insane guitar solo", as described by Ronson. Finally, in the process of mixing in New York, Tom Elmhirst (the mix engineer) took some of the synths out.

"Crack in the Pearl" were the first set of lyrics sent by Michael to Ronson and Bhasker. The melody of the song started to form in Ronson's head as he read the words of the chorus (“Is this how you pictured it?/Is this how you thought it would be?”). Ronson admits that is unusual for him melodies popping into his head, referring to the experience as “alley-oop”.

"Leaving Los Feliz" lyrics are based on "an ageing hipster who doesn’t want to admit that he’s too old to still be going to the party". Ronson added, "it’s not semi-autobiographical at all". He explained "Los Feliz is an artsy/hipster/musician area of Los Angeles".

Regarding "Crack in the Pearl pt. II", Ronson admitted that he had to bring Wonder "one more time!".

User Album Review
Upon release, Uptown Special received positive reviews from music critics. Lily Moayeri from The A.V. Club gave the album a A-, commenting that the album is "pop-friendly, and undeniably sexy collection of funk and R&B", and praised the tracks "Summer Breaking", "Daffodils", "Feel Right", "I Can’t Lose" "Crack In The Pearl", and "Heavy And Rolling".Kyle Anderson from Entertainment Weekly gave the album a B+ and stated that "the cumulative effect of Special's contagious cool will keep hands up and bad vibes down – and if all else fails, just put 'Feel Right' on repeat".
Alexis Petridis from The Guardian gave the album four out of five stars, noting the "absence of anything that resembles the music that made Mark Ronson famous".James Reed from The Boston Globe felt Ronson came back with a "hard funk album that pays tribute to the music he grew up with" and felt the album worked "under the guise of what Ronson considers funky".Q felt that "It's quite a feat to produce music that works for the mind and the hips, but Ronson has pulled it off magnificently, with virtually every track sounding like a single".Neil McCormick from The Daily Telegraph gave the album four out of five stars, stating that the album "veers wildly from high to low brow, stupid to sophisticated" and that "occasionally the mix jars but mostly it’s a compelling collision, falling somewhere between a chin-stroking jazz poetry recital and a riotous teenage disco".Randall Roberts of Los Angeles Times gave the album a 3/4 rating, calling it "the kind that strive[s] for an everyman universality while acknowledging a rich past of soul-inspired pop music.".
Andy Kellman from AllMusic, Will Hermes from Rolling Stone, and Annie Galvin from Slant Magazine all also gave the album three and a half out of five stars. Kellman dubbed Uptown Special as a "nostalgic fantasy that provides light entertainment and provokes backtracking".Hermes found that the album "could even teach Prince a trick or two".While, Galvin believes if it wasn't for "Chabon's peculiar imagery and Ronson's use of the occasional drum machine and synthesizer", the album would sound "like an earnestly literary concept album or a kitschy imitation of Ronson's favorite records from the not so distant past".Ryan B. Patrick of Exclaim! felt that the record favoured style over substance, writing that "Uptown Special is unapologetic in revelling in its musical influences and ultimately represents a light and mainstream-friendly primer to funk and soul."
In a mixed review, Andrew Unterberger of Spin gave the album a 6/10 rating, and felt the material was "fun, and unexpectedly thrilling at times, but jarring and never totally satisfying."Kevin Harley of The Independent believes the album offers "fresh pleasures is the pay-off, but don’t come looking to it for substance".Jim Farber from Daily News gave an overall 3/5 rating and claimed that Ronson "just got lucky". He particularly criticized “Uptown Funk” for being a "lazy track", unlike the rest of the songs, which "obsess on the past, but most enliven it".