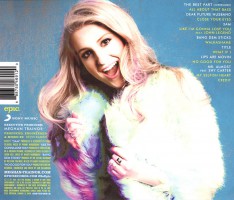 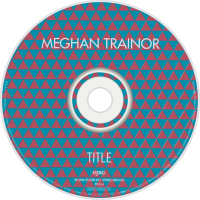 Title is the major-label debut studio album by American singer-songwriter Meghan Trainor. Released on January 9, 2015, by Epic Records, the album replaced Trainor's 2014 EP of the same name on the iTunes Store. It was mainly written and composed by Trainor and Kevin Kadish, and produced by Kadish. Other collaborators on the album include Chris Gelbuda and Jesse Frasure, John Legend and Shy Carter. Musically, Title was inspired by Trainor's love for throwback style records, and the 1950s and 1960s eras in music. She incorporated different combinations of genres, including Caribbean, doo-wop, hip hop, soca and pop.

The album debuted at number one on the US Billboard 200 with 238,000 units sold. It also peaked at number one in Australia, Canada, New Zealand and the United Kingdom. Title was Epic Records' first number one album since Sara Bareilles' Kaleidoscope Heart (2010). It became Epic's first number one album since Michael Jackson's The Essential Michael Jackson (2005) to enter at the top of the Australian chart. The album was preceded by two commercially successful singles. "All About That Bass", released as the album's lead single on June 30, 2014, topped the US Billboard Hot 100 for eight weeks and the UK Singles Chart for four. The song peaked at number one in 58 countries and entered the list of best-selling singles. The second single "Lips Are Movin", released on October 21, 2014, was Trainor's second consecutive top five hit with a peak of number four on the Billboard Hot 100. The album's third single, "Dear Future Husband", peaked at number 14 on the Billboard Hot 100. Trainor promoted Title through a series of public appearances and televised live performances, as well as on the Jingle Ball Tour 2014. Trainor embarked on the album's first supporting concert tour, That Bass Tour, in February 2015.